Enica Seshoka. (Photo: Instagram/@Enica Seshoka) .
As kid she was taunted for being so tall and skinny – but no one’s laughing at her now.

With her towering height, slender frame and chiselled cheekbones Enica Seshoka is being hailed as the next big thing to hit the modelling world.

And she’s already making her mark on the catwalks of the world. The 20-year-old beauty from KwaMhlanga in Mpumalanga recently strutted her stuff at the prestigious Paris Fashion Week, making her international debut alongside Sudanese stunner Alek Wek and Nigerian sensation Ibukun Sammy.

It’s easy to see why Enica’s in demand when she walks into YOU’s offices for a chat. She’s wearing a cropped top and trendy Lycra tights and everyone turns to stare – particularly at her long legs.

“I’m used to people staring at me,” she says nonchalantly. “I embrace it because I’ve learnt to love myself.

“When I was younger I used to feel awkward and would try to hide, but there’s no hiding all of this.” And there should be no hiding it, not when you look like this – drop-dead gorgeous without so much as a hint of a chubby roll. She’s no typical model who watches what she eats though, she insists. “I’m an African girl – I love my food.” Enica always wanted to be a model, even when she was a gangly schoolgirl being teased for her knobbly knees and long neck. However, her mom, Agnes (56), and sister, Joy (32), insisted she finish school first.

Agnes, a housewife, was a single mom – her husband, Ephraim, died in 2003, leaving her to raise the girls on her own.

Agnes used her pension to put her younger daughter through school and after matriculating at Zidobhele Secondary School in 2015 there was no stopping Enica.

She enrolled with Figures Models Finesse International School in Johannesburg and moved in with her big sister while waiting for her big break.

It was Joy, a landscape gardener, who encouraged her to take her future into her own hands.

“Joy told me to use Instagram as my profile,” Enica says. “So many people from all walks of life are on Instagram and she told me to show my fashion sense and pose the way I was taught at the school.”

One of Enica’s perfectly posed pictures caught the eye of Nigerian-born model scout Joan Okorodudu, who contacted her on social media in November last year and offered her a chance to model for fashion house Gucci in Milan, Italy.

“She messaged me saying she thinks I have international quality. We talked and planned for a while.” 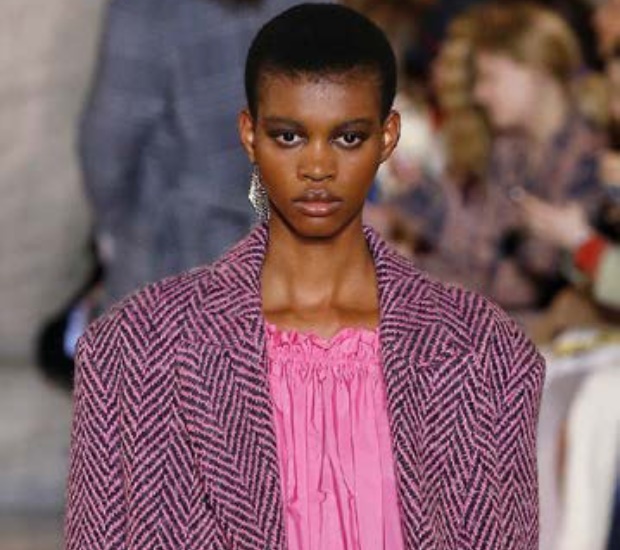 But for Enica, it sounded almost too good to be true and she worried it might be a scam. Her family was sceptical too but Enica decided to take a chance – and it’s a good thing she did as it was all totally above board.

“I signed my contract and a few weeks later I was on my way to Italy.” It was a real leap out of her comfort zone though.

“I was terrified to get on a plane for the first time and leaving the country also wasn’t easy.

Some of my family members said, ‘Eni, don’t go, you’re going to be a victim of human trafficking’.” She smiles as she recalls how nervous she was at the airport.

“The staff did a lot of investigating and checking before they let me board. You know, it still warms my heart when I think about it because it shows just how much people care. In the end I felt safe when I was flying.”

In Milan, Enica made friends with the other models.

“Going to a foreign land where I knew no one was nerve­ racking but the people I was working with were so friendly, it made it easier for me to adapt,” she says.

“I was the only black girl in Milan, but I wasn’t made to feel inferior and I liked that. I asserted myself because I knew I belonged there. This wasn’t a favour for the little African girl – I deserved a seat at the table just like everyone else.”

Her first fashion show was a defining moment for her: she knew then she wanted to work on runways around the world.

Joan, who owns Isis Models in Johannesburg, saw how well Enica’s unique look worked and booked her for Paris Fashion Week soon after.

Having spent the past 10 years scouting African models for international fashion houses and big brands, the modelling boss believes Enica’s got what it takes to be a top model. Enica’s star may be shining bright from Italy to Paris but home is where her heart is.

“I miss home so much, fooling around with my family, going to get water at the river and cooking outside – I miss it all.

“I might be a big city girl now but I’ll always be that little village girl with big dreams, hungry to show Africa to the world.”

She’s not just making a name for herself on fashion ramps. Enica has also graced the pages of the New York Times style publication T Magazine and has featured in campaigns for Dior and Nike.

Next up is another trip to Paris and in September she’ll fly off to the Big Apple for New York Fashion Week.

But no matter which fashion capital she’s in, her mom is her No 1 fan. “Even though she didn’t fully understand what I wanted to do, she supported me and prayed for me.

I believe I’m a result of all her earnest prayers,” she says. Enica, who cites Tyra Banks as a role model, is more than just a pretty face.

“I don’t just want to only be a model, I want to become a businesswoman with my own make­up line and maybe a fashion range of my own too.

“Depending on how busy I am this year, I want to register at Afda and study film. I wanted to do it at the start of the year but I didn’t have enough money.

“Now that I do, I want to go to school to acquire knowledge to get where I want to be.”

She’s taking charge of her destiny – just like her sister taught her.