YOU'RE READING The art aesthete: An interview with Billie Zangewa

Learn to art: What do the Sasol New Signatures winners say about their own work?

The art aesthete: An interview with Billie Zangewa 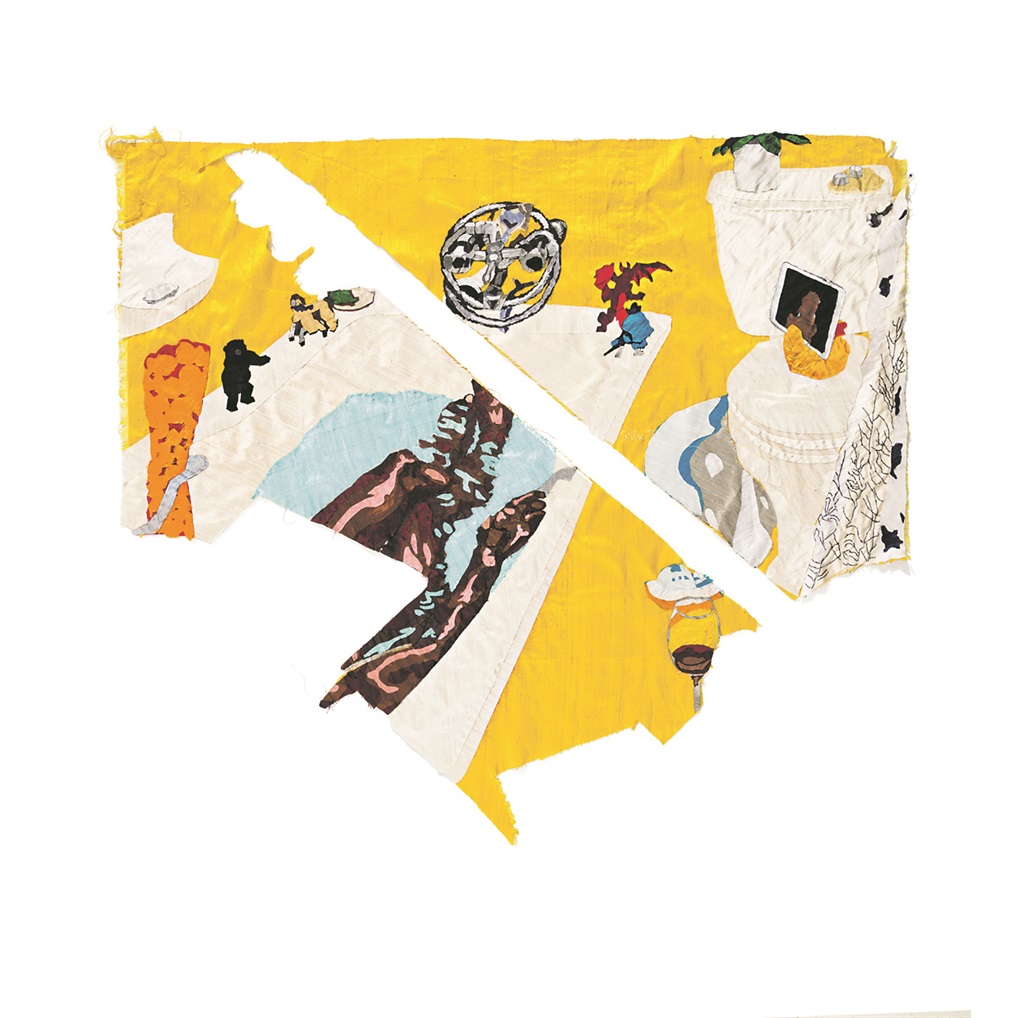 We don’t have a biennale in Joburg any more, so South Africa’s art scene is a tricky one.

A biennale – like the ones in Venice or Berlin – has a mandate to show work for the public good; work that is shaped by often complex and politically fierce curatorial agendas, and not by commercial forces and sales. It’s a space where work isn’t about sponsors or buyers, but about artists’ voices and viewers’ experiences – where art isn’t co-opted as a brand exercise for a corporate investor, and where art’s meaning transcends its commercial value.

In the vacuum of a biennale, our biggest art event has become the FNB Joburg Art Fair, and FNB should be commended for putting its money behind local art.

Art fairs serve a purpose – they feed artists. It’s a highlight on the social calendar and it’s a big deal for a gallery to show there, but a fair like this is not always the best solution for artists.

Perhaps it’s the fact that the work is removed from its creator as the art is bereft of the context of where it came from and what went into it. Work removed from its context easily becomes sanitised – its meaning and politics left at the door. There are also issues around accessibility because the fair takes place in Sandton.

The FNB Joburg Art Fair has censored work in the past. For instance, a painting by Ayanda Mabulu themed around the Marikana shooting was removed in 2013.

At the time, Ross Douglas, the director of Artlogic, which organises the fair, said: “I understand why Mabulu made the work and why he is upset.

“However, it’s part of the challenge of running an art fair that one has to balance different interests. I must look after the interests of the artists, the sponsors, the buyers and the audiences. In the end, it’s an art fair, not a biennale.”

Yes, it isn’t a biennale, but shouldn’t its position as the country’s biggest exhibition imbue it with a certain responsibility to extend its mandate?

Nevertheless, dozens of artists have shown their work and have enjoyed the exposure of being part of the country’s biggest art event.

This year’s featured artist, Billie Zangewa, has slowly but surely been gaining recognition for her work – textile collages that depict Joburg street scenes, buildings, suburbs and businesses. One of her primary figures is a tall black woman who is often shown towering above the Earth. I chatted to the artist over the phone about her world.

Tell us a bit about your upbringing.
I was born in Malawi, but my family left when I was five to live in Botswana. I have fond memories of Malawi. I feel like five is a very magical age and I have very wonderful memories.

Growing up, my dad worked and my mom stayed at home, so we had a sort of traditional household. But I wasn’t a traditional girl – I didn’t do chores and I only learnt to cook at university when I was forced to learn.

For me, the kitchen was usually where my mom and sister would be cooking and I’d be sitting on the kitchen counter near the window reading a book. I think that, already as a child, I rejected gender roles. I think that, in a way, I was empowering myself with a book in the kitchen, and I just feel that cooking was not going to empower me. Unfortunately, one of our issues, which affects the whole country, is crime. I think it would be so much better if we all weren’t thinking about crime.

What are some of your favourite collections that your work is part of?
I recently got put into the Tate [in the UK] and the Smithsonian [in the US], so I was really happy about that.

Well, you know you’ve arrived when you’re shown at the Tate.
Yes, it was amazing. When the Tate committee came for a studio visit, I was so overwhelmed. I even got flu afterwards.

Your art is a return to the aesthetic – to art that is beautiful to look at. Was that a conscious decision?
Oh, absolutely. I love beautiful things and I’m not ashamed of it. Life is hard enough and we have so many things to deal with, so how about just having a work of art that’s beautiful to look at? For a while, you can just forget your problems and feed your eyes.

In another interview, you mentioned it’s also about showing the beauty of the continent and the people who live here.
Totally, and the beauty that’s in all of us. I think that’s something we can all do for ourselves – practice self-love.

In terms of being the featured artist for the FNB Joburg Art Fair, do you have concerns about showing at an event that’s so closely linked to corporate?
I think it’s actually great that the bank is sponsoring an art initiative.

I think being too critical about it wouldn’t necessarily move art forward. I think the bank allows for the creative people it collaborates with to do what
they do.

In an ideal world, maybe we don’t want to involve financial institutions, but in the real world, isn’t it great that it’s doing it – that it has the capital to do it?

Were you surprised to be chosen as the featured artist?
Hugely! It took so long to sink in. I almost had a bit of a breakdown because I realise that I have some self-esteem issues. Instead of saying, ‘I deserve it, I’ve been working so hard’, I kept asking: ‘Do I deserve it?’ And then one day I just said: ‘You know what, Billie? Just accept this thing. Get up to speed with the fact that this is who you are.’

So it was a personal growth moment.

In terms of the themes present in your work, what are you thinking about at the moment?
From time to time, I bring in the people who come into my narrative – my friends are starting to crop up in my story.

I think part of my creativity is the sharing of where I’m going – the development of my life, the challenges I experience at different stages and the experiences I have along the way with other people.

Your work brings women to the fore, especially black women, and speaks on issues of inequality and the invisible work that women do. Do you think the political awakening and the rise of feminism that we’ve been seeing around the world have been improving the lives of women? 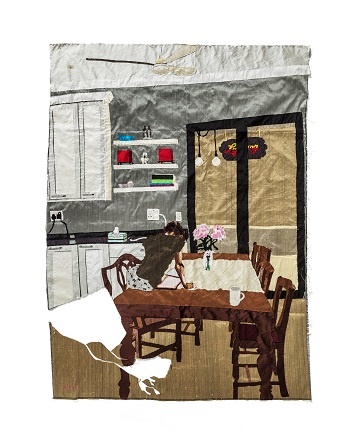 I think maybe perpetrators of transgressions against women can now see that they can be named, shamed and punished. People speaking out is changing that. But is it changing the behaviour of men towards women? I’m not sure.

I think we have to start when men are children. It’s up to society and parents to make sure that boys respect women and that we all respect each other. But the differences between the sexes is a gift, it’s not something that should separate us.

But just because the minds of women are changing doesn’t mean that the minds of the perpetrators of violence are changing. But I also feel that we mustn’t alienate men because that’s just going to create a different problem. I think that there should be compassion and understanding.

Do you see yourself as an activist?
No, but I’m definitely a feminist, and I think that comes through in my work. Feminism has so many negative connotations, but it’s just to say that I believe in the sociopolitical and economic equality of women.

Have you noticed a difference in how South Africans respond to your work compared with other countries?
When I first started here, because I didn’t grow up in apartheid, I didn’t have that context. So my work was kind of distanced from everyone else’s – they were all dealing with that political context and I was dealing with more universal themes. I think a lot of people didn’t look deeply into my work, and I was initially dismissed as decorative and dealing with superficial things.

It was really when I started showing overseas that they were showing the understanding. I think the time is now – there’s a global way of thinking, and people in South Africa have come to understand that I grew up in a different context and that I’m dealing with sociopolitics, but in a different way.