During the talk titled, "Money and Middlemen", Dolley began with the investigation she's been leading.

...there could be political connections and connections that are very high up who are possibly puppeteering these people we see on the ground.

"The police investigation into the guns specifically discovered that 1066 people in this country have been murdered with firearms that have been passed on to gangsters... 261 kids have either been murdered or wounded with these firearms, but there doesn’t seem to be someone at the top actually caring," she said.

The investigation touched on police officers and gun smuggling in and out of the country.

"It isn’t just a bunch of criminals on the street – there could be political connections and connections that are very high up who are possibly puppeteering these people we see on the ground. On the periphery, we are seeing a big shift in the so called underworld; there is a new grouping that has taken over from a more older, more established grouping.

"So what we have is one ex colonel who has been convicted for this – he alleges that he supplied roughly 2000 firearms to a Rondebosch businessman, Mr Irshaad Laher, who owned Spur, who in turn passed these guns on to gangsters. I mean, it’s Spur, it’s a family restaurant, and these people are right next to us; we interact with them.

When she covered the court cases, a death threat was sent to her. "If I put all this information together, it seems there are embeddings within police and crime intelligence which is abetting what we’re seeing in the underworld at the moment, which is worrying," she added.

This is the business of accounting firms – their business is to take what is wrong and make it into something that’s technically legal.

For Sharife, what's interesting is the way in which the licit and the illicit allegedly merge simply because intermediaries allow for them to take place.

"The Big 4 (accounting firms) – they’re all fucking guilty. They’re the biggest bastards on the planet. All of these organised crimes are not overlooked by the system – they’re part of the system. And there’s no difference between the corporate companies and the organised crimes. All of that money has merged. And all of it is given sovereign protection by the government," she said.

"This is the business of accounting firms – their business is to take what is wrong and make it into something that’s technically legal. That’s what they [the Big 4] do; they are the people who establish the rules and the rules say that [they] can self-regulate what they do, where they do it and how they want to do it. So it all comes down to the intermediary layer – what the law firms and accounting firms are allowed to do by the government and this is really about the Guptas. They’re taking advantage; they’re opportunistic parasites."

Read more: 6 conversations we fell in love with at this year’s Open Book festival so far

On the other end of the investigative spectrum, while SASSA prepared to negotiate a new social grants payment contract with Cash Paymaster Services (CPS) – their technology is used to distribute the social welfare grants to beneficiaries on behalf of SASSA –  it is alleged that their parent company, Net1, has been using the payment system to benefit its subsidiary companies – an investigation McKune reported on.

For McKune, the stories exposing SASSA were "great fun to write," because Serge Belamant, Net1's CEO, talks a lot.

"He really shoots his mouth. He’s great fun. I could say, 'Well, this is what Serge Belamant said; this is what he said in court, and this is what the documents are showing'. In a way it was more fun than frustrating," McKune added. 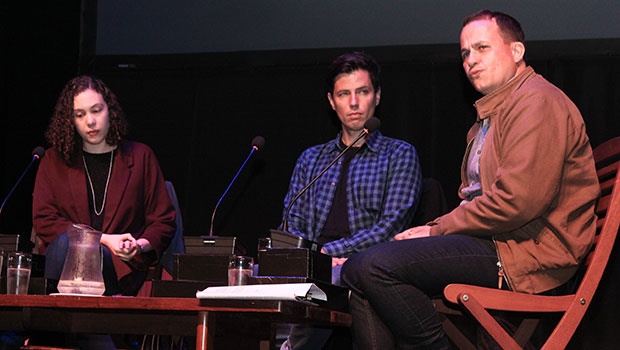 However, McKune also explained that Net1 wasn’t a simple story to tell. It took a lot of work by a lot of journalists to unpack it to South Africans and he noted the possibility of it continuing.

"Net1 and CPS are South Africa’s most hated companies... and many people want them off our grants system, but all the people are registered through the Net1 system, so what do we do?"

What will most likely happen is that the next contractors are possibly going to end up buying the system from Net1, or they’ll subcontract it from Net1, explained McKune.

I don’t know. I’m skeptical but let me not prejudge the auditing regulatory body.

"This will probably be their favourite option because then the micro-finance business of Net1 will continue to piggyback from the system no matter who’s running it. So as a country we’re locked into the power of Net1 and their crappy 1980s patent that they couldn’t sell to any other country."

On the question of whether KPMG will be found guilty of anything, McKune responded:

"I don’t know. I’m skeptical but let me not prejudge the auditing regulatory body."

More importantly, Sharife drew importance to the protection of whistleblowers in South Africa.

“One of the things we need to do is not only protect the source but incentivise a safe way for other sources to come forward, because even if we have privileged disclosure – and most African countries don’t – the systemic gaps in our legislation is that the person cannot actually be protected.

"Look at the Trillian-whistleblower – her life has been ruined because she exposed the Guptas. She has been taken to court for criminal and civil charges… simply because she did the right thing and went to the public protector. So even if you do the right thing in the right way, you will still be exposed. You could go to jail for doing the right thing. As a journalist, I think the bigger question is whether we should be in a position to use people and potentially harm them even if it’s for the right intentions."