YOU'RE READING WATCH: The untold truth about Pocahontas that Disney refused to show

WATCH: The untold truth about Pocahontas that Disney refused to show 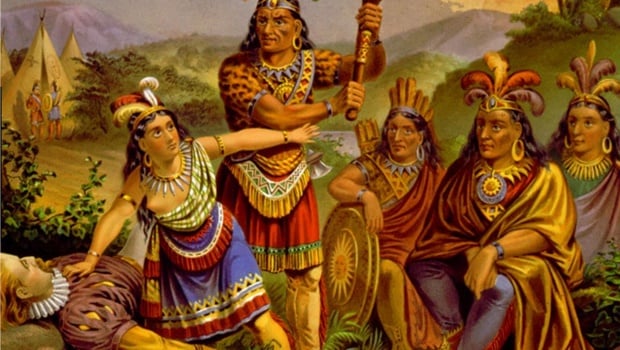 Credit: INSH
Pocahontas didn’t live past the age of 21 and she was rumoured to be 10 years old when she married John Rolfe – and not John Smith.

I’ve previously written about how Disney sanitises fairy tales. Of course they may have good reason to, seeing as the movies they produced have always mainly been marketed to children.

Still, there is a difference between sanitising a story and removing the essence of the story entirely. Take Pocahontas for example.

While many praised the movie for being progressive – I mean if you consider how blatantly the song Colours of the Wind addressed racism, with it’s opening line, “You think I’m an ignorant savage”- what many people don’t realise is that her story is a lot more tragic than what Disney makes it out to be.

In fact, Pocahontas’s name wasn’t even Pocahontas. Her real name was Matoaka. Pocahontas was, in actual fact, her nickname, based on her mischievous nature since that moniker translates to “playful one.”

The story goes that John Smith, an English settler, was rescued by Matoaka from being executed (accounts of this actually differ, with many historians claiming that she didn’t actually rescue him). They were then rumoured to have fallen in love and lived happily after.

Except historians believe that that’s not quite what happened. Apparently Smith was in his 20s while Matoaka was only 10 years old. Yikes.

But that’s not all – in the 1600s, she was abducted over a trade dispute that involved the British. In 1614 she was stripped of her identity, given a new English name (Rebecca) and was forced to marry John Rolfe. Historians add that she was raped during her captivity period – this was before she married Rolfe.

She was about 21 years old when she died and it was rumoured that her death was no accident.

So the reality was that her story was far more grim than the version Disney gave us. I don’t think I’ll ever be able to watch the movie without looking at the entire story much more differently now.