YOU'RE READING 8 times celebrities did great things for LGBTQI rights 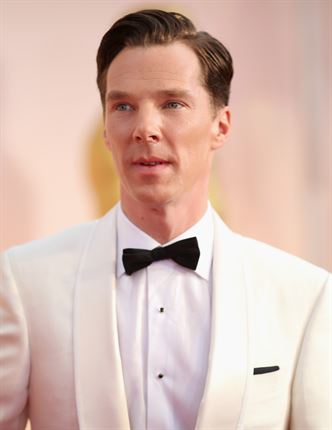 After playing war hero Alan Turing who was prosecuted for being homosexual despite being instrumental to ending WWII, Benedict is determined to correct the past. According to the Independent he has signed an open letter calling for 49,000 men to be pardoned after being prosecuted under the old laws for being homosexual. Demi has always been vocal about equal rights, from campaigning for legalisation of same sex marriage in the US to supportive messages in her social media and music. She was the Grand Marshal of the Los Angeles Pride parade in 2014 and according to Out, used this platform and her song  Really Don't Care to strengthen support. Ellen shut a hater down after he accused her of helping promote a gay agenda on US TV and roping in the youth with young stars like Taylor Swift. On her show, Ellen used her comical gift to lay down some truth and encouraged the youth to live the way they want by being true to themselves and who they are. In 2012, Josh become the youngest person to receive the Gay and Lesbian Alliance Against Defamation (GLAAD) Vanguard Award for being the spokesperson for the organization Straight But Not Narrow (SBNN). According to Huffington Post, the SBNN campaign is aimed at teenagers to positively influence their interactions with LGBTQI teens. Who can forget Macklemore's smash hit Same Love that advocated for same sex marriage in the USA (before it was legal)? According to the Seattle Times, he wrote the song to express his frustration at the hip hop community's attitude towards homosexualty. All the proceeds of the song went to Music for Marriage Equality. Remember when Miley took a homeless guy to the VMAs? Turns out there were method to her madness. The star started the Happy Hippie Foundation to help homeless and LGBTQI youth who have been cast out of their homes. Her foundation has provided a LA-based safe house with clean underwear, food and a creative arts programme. Sam SmithSam was the victim of some anti-gay cyber bullying and handled it with class. According to Buzzfeed he shared a screen grab of an anti-Sam Smith account on Instagram that went by the name of “Gay Sam Smith”. The account's bio was very derogatory. He shared the picture saying it doesn't offend him personally, but it shows how homophobia is still present. The account has since been shut down. Image: Getty
8 While SA's laws are very LGBTQI friendly, most of Africa is not. Toyav took this issue on with her music video Forbidden Fruit. It was surrounded by controversy for showing two women kissing. She told News24 Live that she hopes the song challenges the anti-gay laws across Africa and sparks debate around LGBTQI issues.

They were always cool, but taking a stand and supporting LGBTQI rights make these celebs even more awesome.
More about celebs| lgbt| gossip