YOU'RE READING Most talented siblings in celebville

Most talented siblings in celebville 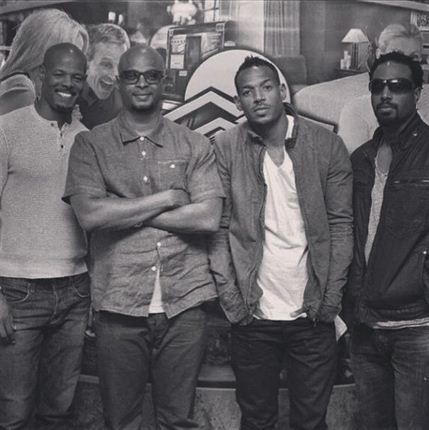 The Wayans Brothers –These brothers have been acting and entertaining since the late ‘80s, with 'In Living Colour'. They also created and acted in the sitcom 'The Wayans Brothers' and made a series of parody films such as 'Dance Flick' and the 'Scary Movie' franchise amongst many. Venus and Serena Williams - These sisters have been playing tennis since they were young teenagers. Discovered and trained by their father Richard, they went on to play and win in all the grand slam tournaments, even playing against each other. These sisters continue to thrive.
Image: Getty/ Source Tia and Tamera Mowry - This set of twins have been acting since age 12, and have won multiple awards for it. They are most well-known for the sitcom 'Sister, Sister'. They recently aired a reality show about their lives as mothers, wives and actresses. They can also sing and dance, with Tamera being good at tap dancing. Natasha and Daniel Bedingfield – Both these siblings are brilliant hit-makers. The nightingale Natasha is well-known for hits like 'I Love You' and 'Bruise Easily'. Daniel had also churned melodic hit, 'If you’re not the one'. He also possesses rapping and beat-boxing skills. Thandiswa, Ntsiki and Nomsa Mazwai - What would the SA music industry be without these beauties? Thandiswa is a singer who had started with Bongo Maffin and has since captivated us with hit after hit as a solo artist. Ntsiki is a poet and writer. Nomsa is an award-winning singer. Les Twins - The dancing brothers are named Larry and Laurent Bourgeois and they originate from Guadaloupe. Their strength is New Style Dancing. They have danced for many artists, including Beyonce, Missy Elliot and Jay Z. Kierra and JDrew Sheard - They are son and daughter of legendary gospel singer Karen Clark Sheard. Kierra Sheard is an award-winning gospel singer herself and JDrew is a producer. Jaden and Willow Smith - Jaden is a rapper and actor, and Willow, a singer and actress. Willow’s first acting experience was from the movie 'I Am Legend'. Jaden has acted in a series of films including 'The Pursuit of Happyness' and 'After Earth'. The Jacksons - I’m sure that Catherine and Joe Jackson did not foresee giving birth to a brood of talented children who would impact the whole world. From the Jackson 5, to Michael and Janet’s solo careers, the Jacksons are a force to be reckoned with. Elle and Dakota Fanning – These talented siblings already have many films under their belt. Elle won critical acclaim for her movie 'Ginger & Rosa', while Dakota earned a SAG award for her first film 'I am Sam'. Chris and Liam Hemsworth – These brothers originate from Australia. They were previously soapie actors and would later become Hollywood film actors. Liam has starred in major films such as 'The Last Song' and 'The Hunger Games'. His older brother Chris has been the covetable 'Thor' and has starred in 'The Avengers'. Brandy and Ray J - The acting siblings have graced our TV screens since the early ‘90s on sitcom 'Moesha'. They can also sing, and their most well-known collaboration is their cover of 'Another Day in Paradise'. Beyoncé and Solange - This is the music royalty of our generation. Beyonce, as we all know, is a triple threat: singer, actor and dancer, while Solange is an all-round creative (designer, singer, songwriter and DJ.) The Bala Brothers - Zwai, Loyiso amd Phelo have music in their blood. They had each sung in the Drakensberg Boys’ Choir and have been singing together as a trio since 2007. Their act has seen them win the ATKV Liers Award and secure a SAMA nomination.

For these celebrities, talent really runs in the family.