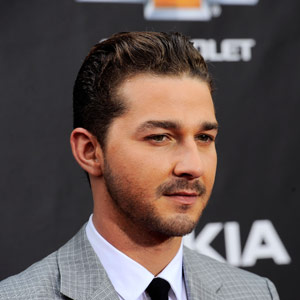 Credit: Getty Images
The Transformers star lets it all hang out in an odd music video. Quite literally.
Shia starred in Sigur Rós’, an Icelandic band, new music video for “Fjögur Píanó” and if you’ve ever wanted to know what he’s got going on down there, now’s your chance to check out what’s under the hood.

In the vid, Shia wears his hair in a short pony tail and has a scraggly beard. He wakes up in a bed with a blonde woman, who is played by dancer Deena Thomsen.

The video is meant to portray “a man and woman locked in a never-ending cycle of addiction and desire”, according to the press release.

Check out the video below. (Warning: NSFW. Well, kinda.)

The music video is…