Kim Kardashian West is once again facing backlash because her shapewear line Skims did not have the appropriate shades for black models in her “nude” collection.

The brand that had initially marketed itself as being a range for “everybody” in varying nude-toned solutionwear has created face masks amid the Covid-19 pandemic. However, it has marketed the masks as nude but put a dark-skinned model in a black mask.

Kim tweeted that the masks come in five shades of nude and many were quick to point out that the colour black is not a nude colour. The first batch of the facemasks have reportedly sold out and shoppers have the option to join a waiting list.

Kimberly, is black supposed to be her nude? https://t.co/qwzkYyj9Qu

In 2019, Kim received backlash from Japanese fans after choosing to call her shapewear line Kimono (now Skims). When she revealed this skin-toned shapewear on Instagram, many fans criticised her for using a name of a traditional Japanese garment.

One follower accused her of butchering Japanese culture, which they pointed out is not her “play thing". The hashtag #KimOhNo started quickly trending.

Again in 2019, Kim K blackfished her way onto a the cover of 7Hollywood magazine.

On the cover, she appeared with darkened skin, which prompted much critique on social media where some even dubbed her a "culture vulture in blackface."

Reporting on the uproar this cover caused, The Independent also reminded us that in June 2017, "the reality star also faced blackface allegations after releasing ads for her KKW Beauty contour and highlight kits."

READ MORE: Vicki Momberg's hair breaks its silence - "I can't be a racist, just look at these cornrows"

In 2018, Kim had blonde cornrows done, incorrectly (and laughably) calling them "Bo Derek" braids in an Instagram post. In the same year, she wore cornrows to the 2018 MTV Movie and TV Awards. 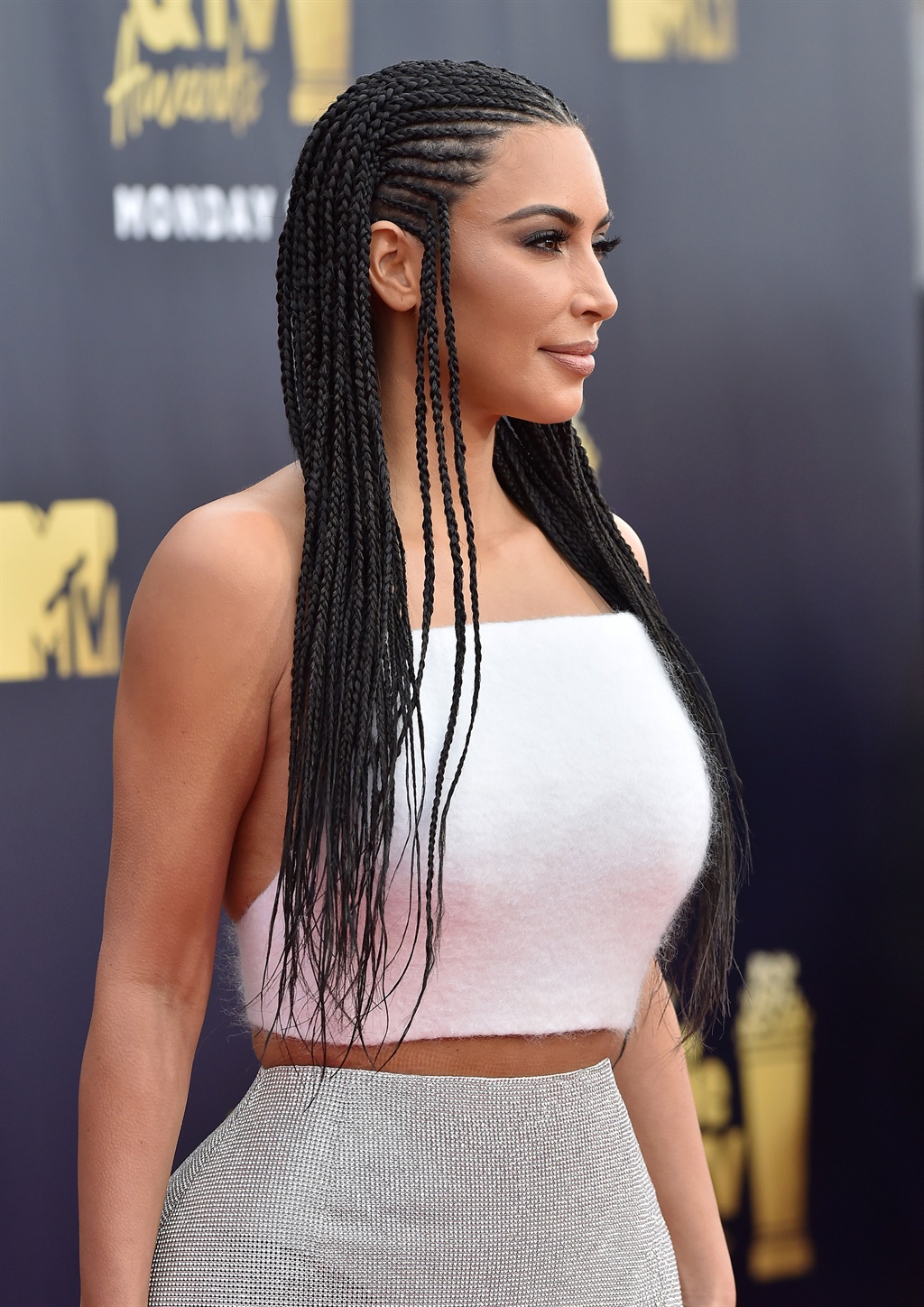 Rhe habitual line-stepper has upset the Indian community on Twitter after posting herself in a traditional Indian headpiece (maang tikka) worn only on special occasions. She wore hers indoors for no particular event, over and above the fact she should not have worn it to begin with.

The backlash that ensued was not gentle, as Twitter users called her out for her repeated disregard about appropriating the cultures of black people and people of colour.

Just cuz you’re browner than most Bollywood actresses doesn’t make you Desi, Kim.Take the maang tikka out and wash you skin. https://t.co/tzaiMf0oHG

No only cultural appropriation but the fact she is wearing a golden maang tikka and chuddi with an outfit like that is making me mad. https://t.co/kAFq8IBFET

kim is FINALLY appropriating my culture !! i have waited so long for my turn. thank u for wearing a traditional indian maang tikka reserved only for a girl’s wedding day !! nonetheless accompanied by a cross emoji !! serve queen ?? https://t.co/lfHK1drnoJ

Kim Kardashian is rather nonchalant about her tone deaf behaviour, and when she is called out, she silently retorts by posting a picture of one her biracial kids.

One is therefore inclined to assume that Mrs West operates on a self-awarded brand of exceptionalism that she thinks grants her impunity on the basis that she is married to a black man and raising children of colour, therefore she cannot be culturally insensitive... by her logic. But it doesn't work that way.

And using people's cultures as offensive props for profit and attention because "outrage sells", says more about one's lack of integrity than it does about their 'marketing prowess'.