YOU'RE READING The revenge haircut, dress, and body - Ariana Grande, Princess Diana and Khloé Kardashian show us how to react when things don't work out

The revenge haircut, dress, and body - Ariana Grande, Princess Diana and Khloé Kardashian show us how to react when things don't work out Ariana Grande posted a picture of herself with her new haircut on Instagram. Credit: Instagram
The key is to never let a relationship get in the way of you slaying - in any aspect of your life.

Following her unforeseen breakup from ex-fiancé, Pete Davidson, Ariana Grande has cut her hair. According to Eonline.com, she debuted a fresh new hairstyle by sharing a photo of herself on Instagram.

She's already deleted it, but her fans are equally excited and shocked by the America's sweetheart parting ways with her trademark ponytail shortly after the release of her breakup anthem, 'Thank u, next'.

The song itself reminded us that it is possible to find a rainbow at the end of a hard breakup, and now her new hairstyle shows us that you can still slay on your way to finding that rainbow and moving on to the next.

READ MORE: Nappily ever after – how to find yourself after the big chop

Ariana is not the only celebrity that did something daring and bold after a relationship hiccup. The late Princess Diana reportedly wore an iconic little black dress that the world called a 'revenge dress' (the name really should be trademarked!) after she found out that Prince Charles was having an affair.

According to HuffPost.com, "Prince Charles revealed that he had been unfaithful to her in a much-anticipated primetime television interview. The next day, it was Diana in her off-the-shoulder, shockingly off-brand black dress who made the bigger splash in the papers."

Yet another celebrity who has led us with her post-breakup slay is Khloé Kardashian, who literally started a show called Revenge Body, where she helps people get back into shape and to attain their ideal bodies, as she did - as People.com reports - after her split from ex-husband Lamar Odom.

As much as it is human nature to mope in old and tired sweatpants and let yourself go after a broken heart, these celebrities reinforce the fact that - eventually - you have to get yourself feeling confident and bold again, even through the heartache.

So, we're rounding up some of the things you can get for yourself when you're ready to publicly say 'Thank u, next' through your post-heartache look.

READ MORE: Make-up for when you're going through a break-up

Nothing says fresh start like a new haircut. And for those of us who are not even close to considering cutting our hair, getting a new hairstyle does the job just fine.

Get a look that you've been meaning to try out but never had the guts to. Whether it's getting a new weave, new style of braids, or simply dyeing your hair in a colour you really like, be bold about it.

Here are a few articles to read when you're ready to make the change:

COLOUR 1. What you should know before colouring your hair

CHOP: 2. Nappily ever after – how to find yourself after the big chop

TREND: 3. Hair colour trends 2018: how to apply them to your natural hair

When you feel like it's finally time for you to go out and be yourself again, you'll never go wrong if make your first statement with a little black dress. Princess Diana stunned the whole world in hers, so there's no reason why you should't have one in your wardrobe too.

And you never need a breakup to pull this one out. 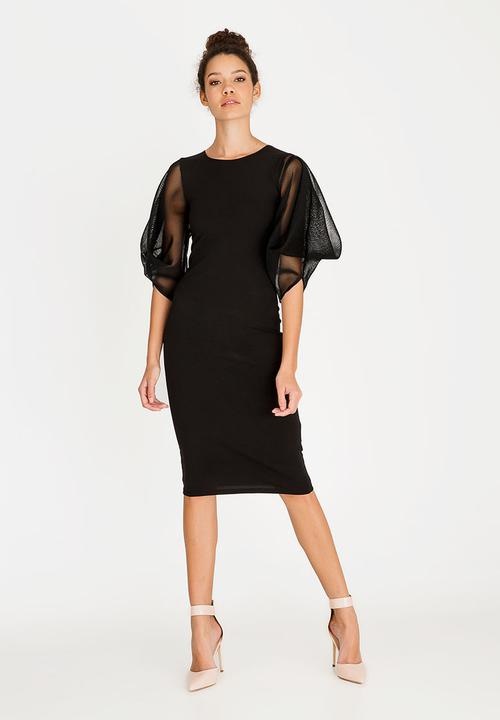 READ MORE: The (short) dresses we'll be twirling around in this summer

The new and confident body (and mind)

In this segment of how to reclaim your confidence after a heartbreak, we will not tell you to lose or gain weight, take up a spinning class, or run a 15km marathon - no.

This is because you know exactly what it is that you need to do for you to feel like your beautiful, independent, bold self again.

Whether it's something as simple as spring cleaning your house so you can breathe again, or as significant as hiking up a trail that you've been procrastinating getting to, a new you means doing something that your body and mind will thank you for.

What matters is that you see yourself as enough and accomplish something that's personal to you, so that you may feel like an individual again if you've felt a little lost in that regard.

READ MORE: We might not have Boity or Ayanda's bodies but that doesn't mean we can't all rock their bikinis