New Snow White movie called out for its fat-shaming poster 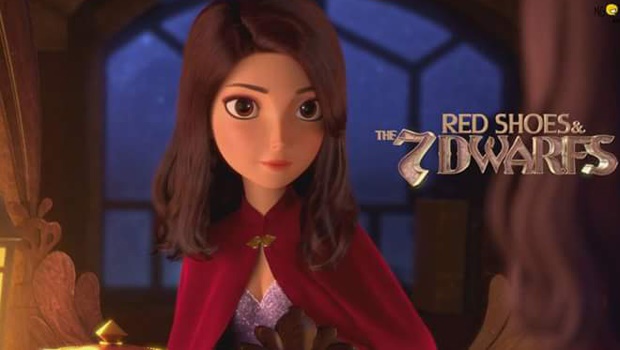 Red Shoes and the 7 Dwarves hasn’t even been released yet, but it has already been causing a stir.

Twitter lit up recently when Tess Holliday, a well known “plus size” model, called out the new film because of its promotional poster.

Tess tweeted a picture of the poster for the new parody movie, which asks “what if Snow White was no longer beautiful and the 7 dwarfs were not so short?” and tagged the movie’s star, Chloe Grace Moretz.

Tess wanted to know how a poster that seems to show fat women as ugly made it past the marketing team for the film.

How did this get approved by an entire marketing team? Why is it okay to tell young kids being fat = ugly? ????@ChloeGMoretz pic.twitter.com/PVhgwluGTM

Chloe took a while to respond to the tweet, but many other people replied to Tess with anger and disappointment.

WHAT THE HELL THATS SO TERRIBLE

No wonder kids have issues with body image. Enough of the size shaming. We are all unique and thus beautiful in our own way

right!!? I'm appalled by this! I am beautiful no matter what size I am!

That's what they do. Fat=bad person. If you are overweight something must be wrong with you. I've heard this damaging message my whole life.

Eventually Chloe replied to the uproar with the following tweets

I have now fully reviewed the mkting for Red Shoes, I am just as appalled and angry as everyone else, this wasn't approved by me or my team

Pls know I have let the producers of the film know. I lent my voice to a beautiful script that I hope you will all see in its entirety https://t.co/IOIXYZTc3g

The actual story is powerful for young women and resonated with me. I am sorry for the offense that was beyond my creative control https://t.co/HZP2ydPCAX

Which is all good and well, but the poster is still fat-shaming and even if the movie itself promotes body positivity, the poster definitely doesn’t.

And then there’s the trailer...

A thin Snow White walks into her bedroom where two dwarves hide under a couch and watch her undress - which is very problematic to me already. Are we trying to tell kids that watching someone undress without their permission or knowledge is okay?

In case you don't know - voyeurism is a sexual offense.

It turns out that Snow White has a secret, and it seems to lie in her red shoes. We don't know what message the movie will ultimately give, and while I’m not going to judge the entire movie on just the poster and a short clip, it doesn’t seem like anything I’d encourage kids to watch.

If the production team’s idea of “no longer beautiful” is fatter, shorter and having smaller eyes, then that means they must think rather poorly of a majority of women.

There’s been no official word from the producers of the film over the anger about the poster yet.