Did you fall for this year's pranks?. Credit: Unsplashed
It's that time of the year when brands send some eyebrow raising media releases, because it's April Fools' day and they have a silly side too.

We are still trying to recover from the prank two Youtubers (Zac and Jay) played at London Fashion Week.

They decided to turn their friend into a fake model and dress him in the most bizarre outfits to get the attention of photographers, and it worked. 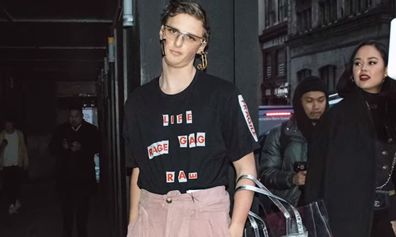 According to Style, the fake model ended up on the second-row of the fashion show, rubbing shoulders with A-listers like reality TV star Jessica Woodley. What a hilarious genius prank!

Here is a list of our favourite 2019 beauty and fashion pranks.

Premium bootmaker Le Chameau announced that the popular Wellington boots Kate Middleton once wore are now available with mud already on them, reports the Daily Mail.

A spa in Singapore revealed it would be sending their clients into outer space to clear blemishes and treat sensitive and inflamed skin.

What better way to launch our new Astronaut Facial than with the world's first pop-up acne treatment in outer space??? Having sent @Camira.asori and @cforcassan on secret space trials that produced amazing results, we thought it's time to unveil our revolutionary treatment ??‍????‍?? ?? ?? ???????? ?? ?? #acnesfinalfrontier #astronautfacial #CaringSkin

They also announced that they had already sent two influencers on the secret space trip, which “produced amazing results, so we thought it's time to unveil our revolutionary treatment,” they wrote.

Nando’s collaborated with an Aussie make-up brand to launch a range of “wearable sauces” with its new lipstick range.

According to their Instagram post, the limited-edition peri-plump lip kit will be available in five heat levels.

Welcome back to my channel Nand-hoes! ?? Ever eaten Nando’s and wished you could display your favourite basting on your LIPS? Of course you have. And now you can with… ?? *Nando’s PERi-Plump Lip Kit!* ?? 100% natural ingredients - PERi-PERi chillis and the blood of our enemies. Available in BBQ, Lemon and Herb, Mild, Hot and Xtra Hot for a limited time only. Your secret weapon to achieve flame grilled breath. More details coming soon...

“Ever eaten Nando’s and wished you could display your favourite basting on your lips? Of course you have. And now you can,” they wrote on Instagram.

For good fun and a good cause. A new range of all-weather wedding dresses might just be an April Fool but the Adapt Wedding dress was really made. You can bid for this one-of-a-kind piece at @trademe_nz and raise funds for the @himalayantrustnz. Click the link in our profile to find out more!

The V-neck dress is water proof, has a train that transforms into a cape with hood, giant pockets and adjustable length.

According to news.com their April Fools' joke is not completely a joke because the brand created just one dress available for auction with proceeds going to New Zealand Himalayan Trust.

Bad news for stripe lovers. Clothing retailer Boden announced that they would no longer be selling Breton-striped shirts because they have been banned by the European Union.

They claim that anyone who is caught wearing the shirt wouls be fined, reported the Daily Mail.

According to news.com, an Australian direct bank has "released" a limited edition fragrance named 'cash'.

The unisex perfume promises that the wearer will smell like the distinctive odour of hard-cash.

On the same note, a fast-food restaurant called subway announced the launch of a new fragrance called 'bread fresh' for people who want to smell like their freshly baked slice.

Snapdeal announced that they are ready to pre-register their customers for the new smart shirt.

Now change the color of your shirt with an App. Pre-register now for the super-smart shirt at an unbelievable price. ???? https://t.co/sphEXA3PTv#AwesomeDeal pic.twitter.com/BUq2aBp0Cg

The cutting edge technology on the shirt allows the buyer to change the colour of the shirt through a mobile app.

You will simply install the app, choose the desired colour and the shirt will automatically change hue.

You still have a couple of hours to pull together your own genius prank. Happy April Fools'!