It might be a cute novelty item, but after a few mornings of being woken up by one of the most annoying sounds in the world, it won't be so cute anymore. Whether it's 'antique' or not, nothing will stop the nightmares... No adult should have one of these. 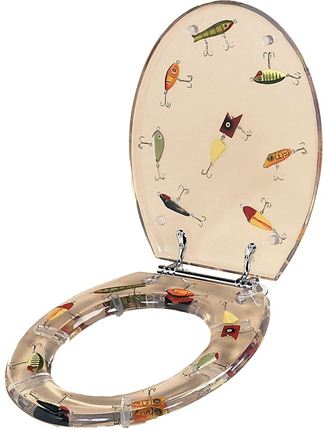 You might as well write 'tacky' all over it. How to keep your husband apron
It might be cute as a joke (not really, but let's go with it), but this is just a little too un-P C. Have a friend who has absolutely everything? Why not get them the gift of nothing?

Picture: I want one of those Nothing says 'I care about you' more than the head of a dead animal with a perturbed look on it's face. And you'll have PETA breathing down your neck. I still don't get why these were ever cool. These should have been advertised with the warning 'Good taste not included'. For when you're having a shitty morning. (I couldn't resist) What's your poo telling you?

Your bowel movements should be no one's business but your own.

Have you ever received a really bad housewarming gift? Send us your pictures and stories
We trawled the internet to find presents you should never give to anyone.