YOU'RE READING You can buy this Game of Thrones castle for a mere R8.6 million

5 easy ways to decorate your home for free

You can buy this Game of Thrones castle for a mere R8.6 million 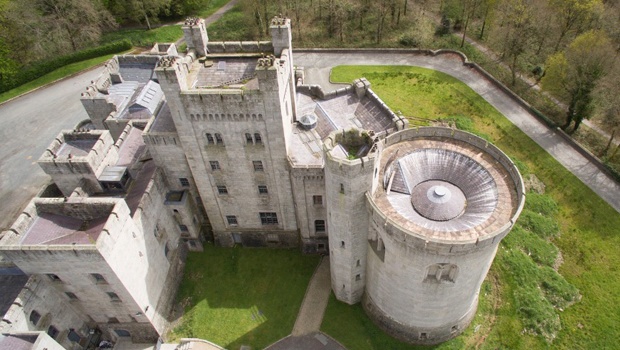 Image: Maison Real Estate.
If you’re a big GOT fan, then you might wanna take out a loan, then pack your bags and move to Ireland.

A Maison Real Estate listing says that a portion of Northern Ireland’s Gosford Castle - which was used as Riverrun, the seat of House Tully and the childhood home of Catelyn Stark is up for sale.

The property was built in the mid-1800s by the 2nd Earl of Gosford, Archibald Acheson, and passed down to Earls of Gosford until 1921. It has a history of being used by the military during both WWII and The Troubles. Since in 1983, Gosford Castle has been run as a hotel. Three years later, the space was designated as Northern Ireland’s first conservation forest.

In 2006, it was extensively renovated with Gosford Castle Development Limited investing over $5 (over R66) million into bringing the Norman Revival style manse, first designed by London architect Thomas Hopper, back to life. Vaulted ceilings, grand staircases, and even the castle’s original colour schemes were all repaired, refurbished, and reinstated. The castle was split into 23 luxury residences - six of which are up for sale in this listing. Each is approximately 3 500 sq. ft (over 1 000 m2) and all are at least three bedrooms. Some of the apartments also offer rooftop gardens.

They’re all named something that sounds like it comes out of Game of Thrones too: the Inner Bailey, the Great Hall, the Old Keep, the Dining Room House, the Library Wing, and the Round Tower. The final season of the show only airs in 2019, so you’ll have to occupy yourself with daydreaming of buying this castle, or rewatching the show.

Check out the full listing for more images

More about house| game of thrones