YOU'RE READING The parable of the boiled frog

The parable of the boiled frog 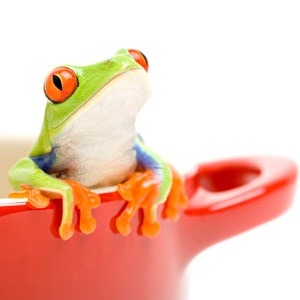 A blogger makes a comparison between a frog and women who have their worth questioned by their partners.
In my journey of life I often always meet women who are constantly in some kind of relationship trouble.

It never occurs to them that they have a choice on how to react or whether or not it is still worth it to be in the relationship. But I shouldn’t include matters of the heart; too much of a knotted helix, which I am not qualified to unstitch.

Also, as I am always on the receiving end, at my heightened view, I can be too critical or sound emotionless, forgetting that I’m dealing with someone new who knows not of the several case studies I have just encountered.

So as these women saunter in their labyrinths of love, they meet “Jerks of all trades” who completely confuse their well-beings and identities and unconsciously teach them how they should be treated.

They accept these behaviours in hopes of things changing (by a strike of lightening from the heavens that will turn the leopard’s spots into stripes) and going back to the sweet honeymoon phase of being pursued and wanted again.

These women are so great, filled with potential and wit. Their hands are full of gold and purpose. They are beautiful. But they risk nemesis by inviting such rejection, complacency, abuse into their hearts.

It’s scarring. These women are our mothers, aunts, neighbours and friends, culturally taught to withstand all adversity at the sake of their distant families.  What a curse!

And so the example of the frog is brought up.

“If you put a frog in a pot of boiling water, it will immediately scramble out. However, if you put the frog in a pot of cold water and gradually turn up the heat, the frog will become groggier and groggier, until it is unable to climb out the pot. Although there is nothing restraining it, the frog will sit there and boil. Why? Because the frog’s internal apparatus for sensing threats to survival is geared to sudden changes in the environment-not slow, incremental changes.”

The signs are always there.

We as women only react to dramatic changes whereas ignoring the gradual signs and processes lead to bigger threats that cost our souls more.

I can’t see another macabre headline of murder, torture, abuse, suffering and the like.

When you know you’re enough, you’ll know when you’ve had the same.