YOU'RE READING “I fell for the same Tinder scam twice”

“I fell for the same Tinder scam twice”

By Marisa Crous and Lynn Butler 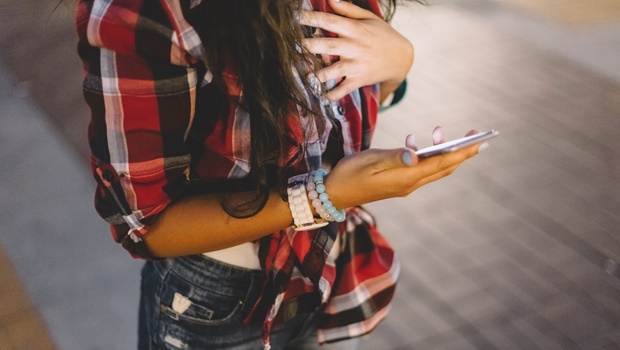 Beware! Be sure you know all of the risks involved when online dating.

Putting yourself out there is difficult, and let’s face it, dating is just downright scary sometimes. So the last thing you need as a singleton is to be scammed while trying to meet someone online, right?

The popularity and activity in the online dating world increases during the period between Christmas Day and Valentine’s Day, as Match.com confirms that they expect a 60% increase in new members.

Business Development Underwriter at Hollard, Candice Sutherland, wants those who partake in cyber dating to be mindful of the person behind the profile. And although there are many successful online dating stories like that shared by Amelia and Juan, we just need to be a bit more vigilant.

To prove that this can happen to anyone, take note of this local Cape Town-based social media manager’s recent Tinder scam story. Like she says: “But I’m a social media manager! I should have spotted this a mile away.” We have this idea that scams only happen to naïve, uneducated people who are preyed on by evil online perpetrators you’d personally be able to spot from the get-go. But this is not always the case.

After meeting on Tinder, Susan* started having doting conversations with an attractive man for about 2 weeks. Soon after, he started promising her extravagant gifts (Chanel, Tiffany jewellery, Louboutin heels), messaging: “I got you something nice” – sending a picture of a Rolex watch. She was shocked, saying: “Are you nuts? You haven’t even met me yet!”

He said he was American and only in Cape Town for a short period of time. Just before meeting he got called home for an emergency.  But the gifts were already on their way to SA. So he asks Susan* for her home address. Being weary of strangers Susan* gives him her work address as the delivery address.

But then he asks her to pay the customs tax for the gifts – it must be paid via EFT. Mmmm…

“But I was like, if you can afford all this stuff, then why am I paying the tax?” He said he’d send her the cash to pay the customs tax.

Susan* Googled the courier company and decided to call them after seeing they're not South African-based. They said they are based at the airport. “This sounds kind of legit, yet when I called the airport they had no record of this company. So I called the courier company back, and asked when the payment has to be done. So they said I have to do so within the next few days, otherwise they’ll destroy the package. Obviously they want to put pressure on you for time.”

“So I confronted him on Whatsapp about it (by this time we were talking on Whatsapp) and he just suddenly didn’t respond. His silence spoke volumes.” She reported him on Tinder and Facebook and his profiles were deleted.

The same thing happened with the next guy. Only, he was so nice and relatable that Susan* even found it comfortable enough to tell him about her recent Tinder scamming. She *face-palmed* hard, but says that this really proves it can happen to anyone – whether you are online savvy or not.

*name has been changed

READ: Frank, the one-eyed man, is why I plan to date more honestly

It’s tempting to divulge personal information online, especially when we feel safe and have been chatting one-on-one with someone. Sutherland explains that a clear warning bell should go off when they try to avoid a physical meeting and when they constantly cancel or refuse to meet in public places.

The scary thing is that the internet recruits thousands of trolls and cyber stalkers, and they do this by conning people into believing that they have access to money and are in a high paid position. Professional con artists play with their victims’ emotions by creating fake pseudonyms and that’s why you cannot completely trust anyone you meet online. Since a number of millennials put everything on social media by tweeting, sharing and posting online, trolls find manipulating evidence by blackmailing, spying and extorting you.

What to do once you’ve been scammed

You are obliged to notify the information regulator of the hacked website. Sutherland points out that affected clients will be notified and the company may be required to provide remediation services to their clients. An investigation by the information regulator will take place in order to see the severity of the case and whether the company should be fined or not due to their security measures.