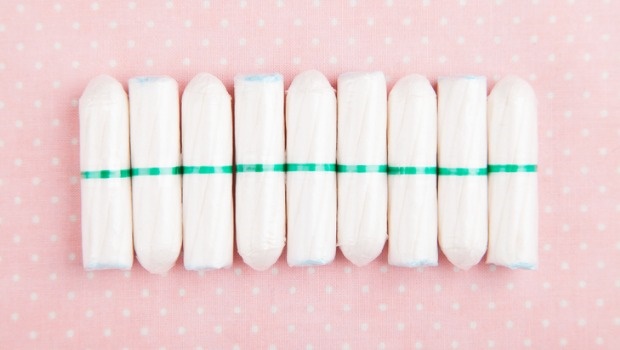 Tampon size matters. Credit: iStock
Tampons aren't the only cause.

When flu-like symptoms led Katie Emmerson, 34, to the hospital in 2016, toxic shock syndrome (TSS) was the last thing on her mind.

It felt like she had “a hangover that wouldn’t go away,” says Emmerson, who initially dismissed those flu-like symptoms (think: high fever, nausea, muscle aches, diarrhoea, and confusion).

But something still didn’t feel right—even for the flu or a hangover. “This just felt different, like I knew deep down in my gut something was actually wrong this time,” says Emmerson. “It turned out I was right.”

“In women, TSS is mostly associated with using super-absorbent tampons,” she says, though it can show up in burns, skin lesions, and even sinusitis (a.k.a. sinus infections).

Though TSS is rare—it only affects about one in 100 000 people in the U.S., according to the Centers for Disease Control and Prevention—it’s a serious infection. But unfortunately, there’s a ton of misinformation—some of which is dangerous—floating around about it.

1. Tampon size matters when it comes to your risk

They make various tampon absorbencies for a reason, and even if you’re on your heaviest time of the month, use more absorbent tampons with caution.

“The larger and more absorbent tampons put you at higher risk for TSS,” says Ross, adding that they act like a breeding ground for bacteria because they can stay inside your vagina for longer periods of time.

A good rule of thumb: Always change your tampons regularly—regardless of flow or absorbency. “Even if you have a light day and less blood flow, you still need to change your tampon every four to eight hours,” says Ross.

If you are second guessing how long you’ve had a tampon (or menstrual cup) in, then Ross says you are better off just swapping it out to be on the safe side.

READ MORE: What Every Woman NEEDS To Know About Toxic Shock Syndrome

2. Tampons aren’t the only TSS offenders

Menstrual cups, diaphragms, and even contraceptive sponges can carry risks of TSS, says Dr. Jasmine Johnson, an gynae and a blogger at MrsMommyMD.com. (Although, worth noting: The only documented cases of menstrual TSS have been linked to super-absorbent tampons that were left in for more than eight hours.)

“Anything that you place in the body has the potential to cause infection, including tampons, menstrual cups and diaphragms,” says Johnson. “So you should always use and care for these products as instructed in the packaging.”

The one menstrual product you don’t have to worry about TSS with: sanitary pads since they don’t actually go inside your body.

3. TSS symptoms come on quickly - and with little warning

So, about those flu-like symptoms we mentioned: “What is most concerning is that they can develop very rapidly, so it is important to seek medical attention right away if you are suspicious,” says Johnson.

Here are the main TSS symptoms you should be aware of, according to the NIH:

READ MORE: What Every Woman Should Know About Using Scented Tampons And Pads

In addition to those flu-like symptoms, there’s another (literal) red flag when it comes to TSS: a flat, red rash that appears on the palms of the hands or soles of the feet.

In fact, Emmerson says it was multiple days of not feeling well and a rash on her forearms that led her to look deeper into what might be going on with her. If you spot a rash and also have two or more of the other symptoms associated with TSS, then it’s time to head to the doc.

Emmerson, now a Los Angeles-based nutrition therapy practitioner, says that while listening to your body “seems like such a simple notion,” it’s always easier said than done. “We’re all so stressed and busy, but picking even a couple minutes a day to check in has proven to be life-saving.”

For Emmerson, that check in meant the difference of life and death (TSS, by the way, can be deadly in up to 50 percent of cases, per the NIH). When she was admitted to the hospital, she was immediately administered antibiotics (then typical course of action to treat TSS, along with removing whatever’s causing the infection) and began to heal. But doctors said, had she gone another 24 hours, she would have suffered organ failure. “It’s not a myth,” she says. “It’s an actual, scary thing.”

This article was originally published in Women's Health SA.