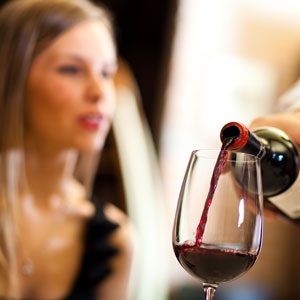 According to the Harvard Medical School (HMS), women are much more vulnerable to alcohol’s harmful effects and are more likely to develop alcohol related diseases compared to men.

HMS also found that women tend to abuse alcohol and other substances more than men in order to self-medicate problems such as depression, anxiety and stress, or to cope with emotional difficulties.

“Women who enjoy drinking alcohol, and want to continue doing so responsibly, need to consider some of the factors that can put them at higher risk when compared to men.

"Alcohol affects women differently, due to numerous biological factors, it is therefore important that they are aware of the recommended drinking guidelines to minimise harm,” says Dr Mahanjana.

“There are circumstances where women should not drink alcohol at all such as when they know they are pregnant and are breastfeeding. Women who drink while pregnant run the risk of exposing their unborn babies to alcohol thus increasing the chances of giving birth to a child with Feotal Alcohol Spectrum Diseases (FASD).”

“Women are generally smaller than men; it takes less alcohol to cause notable physical harm. They are affected by lesser doses of alcohol than their male counterparts. This is because the female body contains less water and more fat, which allows for the concentration of alcohol in their bodies to rise quicker,” explains Dr. Mahanjana.

Women who make the choice to drink should be aware of that they absorb up to 30% more alcohol into their bloodstream than men of the same height and weight who drink the same amount of alcohol.

When a woman of average size consumes one drink, it will have almost the same effect as two drinks do for the average size man.  Women may drink less than men but still experience the same level of impairment

“The key is to know your personal limits when it comes to consuming alcohol, if you do choose to drink.

At the same time, you need to be aware of the numerous factors that could cause your personal limits to shift, including the physiological differences between men and women,” says Dr Mahanjana.

In terms of recommended drinking guidelines, women can use the below table:
Women should not exceed 2 -3 units* of alcohol per day.

*A unit is 10ml of pure alcohol

It takes about 1 hour to process one unit of alcohol (length of time differs depending on height weight and gender).