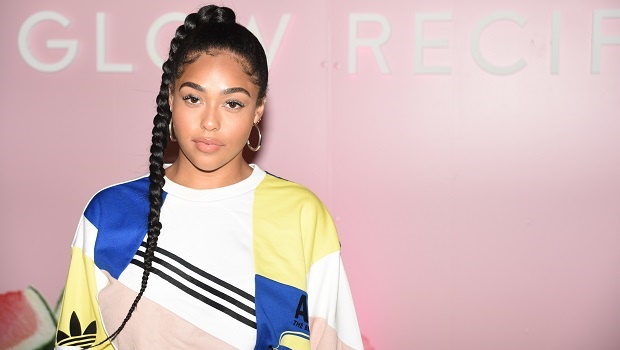 Jordyn Woods returned to Instagram with new hair and a positive outlook after her publicised involvement in the Tristan Thompson cheating scandal.

If you’re reading this.. it means God has given you another day to wake up and be grateful & better than you were yesterday??

She captioned the selfie: “If you are reading this…it means God has given you another day to wake up and be grateful and better than you were yesterday.”

Many of her followers commended her for being brave and moving on from the explosive negative drama that plagued her name for weeks.

READ MORE: Kylie Jenner says she will end friendship with Jordyn Woods in her own time

However, hair-care brand Bellami decided to post an insulting meme with Jordyn’s picture, poking fun at the fact that she’s not wearing hair extensions.

The meme read, “when Kylie Jenner stops paying for your lifestyle, including your hair extensions.” They captioned the insensitive post:"bad hair is just one betrayal away". The company has since deleted the meme after widespread backlash, with social media users labeling them racist for implying that black women’s hair is “bad” somehow.

Many people pointed out how Bellami rarely ever posts pictures of black models on their Instagram account, and the one time they do, it’s mocking black women's natural hair.

“I guess the only time you post black women is when it’s time to insult them,” commented one woman.

@BellamiHair y’all are so wrong for this and racist

They have nothing but white women on their page and the one time they post a woman of color they throwing nothing but shade! @BellamiHair https://t.co/VpJr4DAWOD

In a period when we are expecting beauty brands to step up their efforts to embrace and reflect the diverse women around them, the companies' Instagram post is disheartening.

The negative stereotypes run so deep that black girls in South Africa have even been experiencing discrimination in schools because of their hair.

Recently, the Gauteng Education Department officials had to investigate a case of a grade nine student at Hyde Park High who was facing detention because of her afro.

#HydeParkHighAfro A grade nine pupil at #HydePark High faces detention because a teacher said her natural hair was "distracting". pic.twitter.com/M1FPkKlgWT

Her teacher allegedly said her hair was “too distracting and attention-grabbing,” according to The Citizen.

Actress Florence Masebe even took to Twitter, calling for a national hair policy so that black young women will not have to be apologetic about their hair anymore.

In response to the backlash, the hair company specialising in wigs and extensions posted an apology on its Instagram page.

They acknowledged that their post was unacceptable and insensitive, promising their followers that going forward they will be mindful of what they post.

READ MORE: Are these racist and offensive designs just a ploy for luxury brands looking for more attention?

We would like to sincerely apologize to Jordyn Woods and our followers and for the social media post that was shared on our platform yesterday that may of offended anyone either directly or indirectly. We believe that all hair types are beautiful especially natural hair we did not want to hurt or offend anyone with our post but just intentions are not enough. Because of our emphasis on wigs and extensions the inclusion of “bad hair” was a very poor choice of words and insensitive, we sincerely apologize, this is a subjective phrase and we never wanted to target or insult anyone who chooses not to wear our products. Regardless of this apology it is unacceptable and we recognize this and will do better. We are deeply sorry to Jordyn and to anyone who was upset by the caption and post regardless of intentions we are striving to continuously expand our product lines so we can provide products that are suited for all hair types, textures, lengths and shades. We will strive to do better and be more mindful of sharing uplifting and positive content as it is never our intention to insult or attack anyone. Thank you all for bringing this to our attention and allowing us to address this with you all. Much Love

Have you ever experienced any kind of discrimination because of you hair? Chat to us here