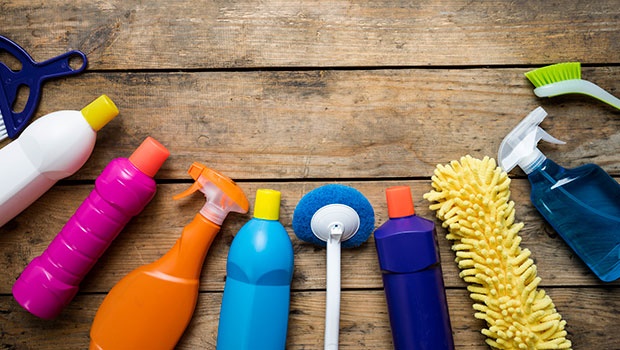 Credit: iStock
Why should I hire a fellow black woman to clean up after me when I know how to use everything in the image above?

In the same breath, why would I not employ a black woman in need of a job when I know we are the most economically repressed demographic in the country?

A conundrum many black South African women struggle with when in need of an extra helping hand at home.

You see the thing is that we are all raised to regard older women as sisters, aunts and mothers regardless of whether you are related by blood or not. Never as employees.

And yes, several black South African families have live-in helpers and this has been the case for decades, but there are no awkward connotations attached to that because it was always our parents who employed domestic help.

So what happens when you're a black women in her 20s or 30s who now falls under the "young professional" category and is adulting properly? You know how to clean up after yourself, but you really just don't have the time to go the extra mile with it.

The problem is not that young professional black women fear not being able to relate with their domestic worker, but rather the fact that a lot of us grew up doing the domestic chores around the house anyway.

Getting someone to come in once or twice a week to clean and do some of your laundry may seem like an obvious solution, but it’s also a solution we approach with so much apprehension and guilt.

I remember when my flatmate (who is also a young, black professional woman) suggested that we get someone to come in and clean and I thought to myself, "Guurrl, issokay, I know how to sweep."

Sidebar: We eventually did get a lady to come in and clean once.

Perhaps the apprehension is birthed in the historic power dynamic between a domestic helper and their employer which has always been that of serving without questioning or advising.

When it comes to this topic, I can't help but be reminded of the narrative of the 2011 movie, The Help starring phenomenal actresses; Viola Davis, Octavia Spencer, Jessica Chastain and Emma Stone.

This movie not only portrays the hardships endured by helpers during the era of the civil rights movement in America, but also explores the relationship between women who employ other women.

Of course, in the 1960s the only women doing any kind of employing were white housewives employing domestic workers and nannies for their children. And while the nannies had solid, nurturing relationships with the children they looked after, the employer/employee relationship was not exactly uhm… ideal.

But there is a relationship from The Help which stands out for me – Celia Foote (Jessica Chastain) and Minny Jackson’s (Octavia Spencer) friendship.

It's a previously rare, yet (now) relatable relationship between both women of colour and white women. Not only that, but Celia and Minny's friendship portrays what I have always known the relationship between a black mom and their helper to be like - an exchange of knowledge and support.

A sisterhood of sorts.

And this kind of interaction is totally possible even when you are a young black employer. I hate to use a fictional example again, but look at how Iris and Pam are pretty much besties on local soapie Isibaya - both young and black. The problem is not that young professional black women fear not being able to relate with their domestic worker, but rather the fact that a lot of us grew up doing the domestic chores around the house anyway and we were never raised to tell older women (or any older person) what to do.

In fact, we get along like we would with any other women in our family, but every now and then an elephant enters the room. And this elephant is helper etiquette - how to communicate what you would like done without sounding like you're implying that someone doesn't know how to do their job.

This issue of helper etiquette is something local actress Bonnie Mbuli has been vocal about as well. She tweeted the following recently:

Not sure why we're on this app fronting like hiring helpers isn't more complex for blk females,what r we gaining from shaming each other?

We also become very apologetic because we know & care about their struggles so we let so much slide,when it wouldn't be tolerated elsewhere https://t.co/F2TpJuiJF3

However, voicing this kind of inner conflict out can make one seem like a classist "better black." And that's not actually the case.

It's more a matter of being cognisant of how the historical injustices in this country left a dent so irreparable in our economy that it is standard procedure for two black women of the same age to not be exposed to equal opportunities.

So much so that it seems offensive to be responsible for the income of someone who is just as worthy of being your colleague had they been able to afford an education.

Another sidebar: If you work in an office setting, please don't ever forget that the ladies who clean are your colleagues too and should be treated as such.

Yes, the inner conflict is there, but what ultimately trumps it is the jarring thought of unemployment stats constantly lurking at the back of our minds and it prompts one to do the right thing.

Has this pang of guilt ever deterred you from hiring a domestic helper? Or is this something you don't even think about? Tell us here, on Twitter or Facebook.