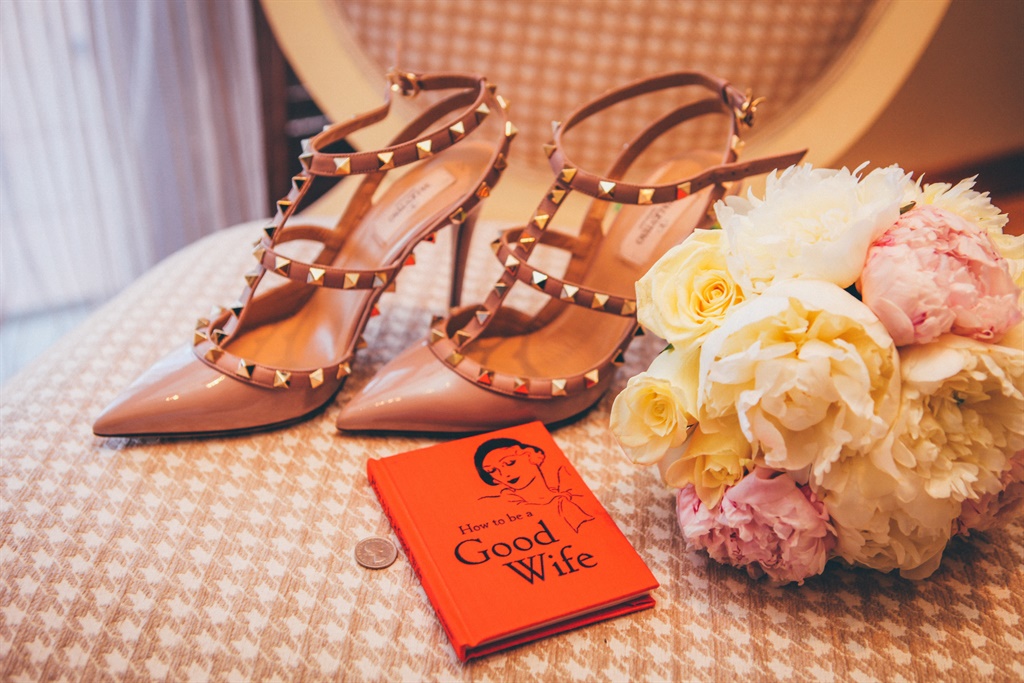 In today's edition of sexism news; a woman came across a sexist marriage guide on a private wedding planning group on Facebook. The rule book is titled, “30 ways to keep a man".

She then shared the 30 tips on another Facebook group called That’s it, I’m wedding shaming, stating that most women in the wedding planning group do not see anything wrong with the “rules,” reports News.com.au.

The controversial checklist by an unknown author states that a woman should satisfy her husband in the bedroom — if not, another woman would.

The author also says women should not deny their husband's sex and should give it to them "the way they want" - something that raises grave concerns around consent.

The rule reads: "Never pretend to be sick for the purpose of denying your husband sex. You must give it to him how he wants it."

The list goes on to tell women to apply makeup and spend more time at the dressing table, "because your husband will always be surrounded by prettier women".

Instead of encouraging newlyweds to experiment together in the kitchen and learn to cook each other’s favourite foods, this rule book tells women to change the way they cook to specifically suit the husband, as reported by Daily Star.

“No man jokes with food.”

Even though the rule book does contain some valuable advice, that is overshadowed by the number of terrible points that disregard women’s rights, independence, and even identity. 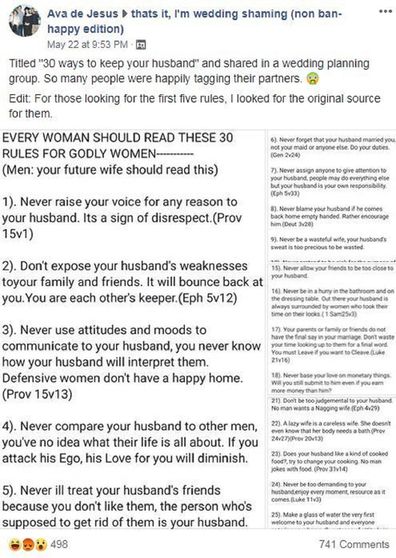 This list shows how a big part of society is still so invested in the ‘good wife’ narrative, that it has forgotten that women also need decent husbands.

A video of a man demanding to be fixed his food before his wife feeds the children has also gone viral on Twitter.

This couple is having a debate about whether women should feed their baby or their man first. What's law in your home? Should it matter? pic.twitter.com/wNbm7u6oWJ

And this is because the focus is always on how to mold women into perfect wives who do all house chores, while allowing men to get away with not lifting a finger.

The sexist list therefore condones this man's behaviour, as it advises married women to do their 'duties' and remember that their "husband's sweat is too precious to be wasted, so don't ask him to do too much."

I will never understand the “who eats first, kids or husband” debate because I plan on marrying a man with working hands and feet. Realistically, I’ll eat first if I feel like it

If my husband ever debated me about who should eat first, him or our child, I would leave him. No grown ass man should ever be expectant of his wife and mother of his child to make his plate. Men just wanna be children for life, and it’s honestly gross.

A happily married woman commented on the post, challenging the patriarchy by stating that she doesn't subscribe to these "ridiculous" rules.

"I've been happily married almost 15 years, I don't follow any of these," she said, while another added that a similar rule book should be written for men.

In many cultures, most brides-to-be are sat down by older women who give them guidance on how they should keep the marriage intact at all costs... usually at their expense.

There’s nothing wrong with receiving pearls of wisdom from older and more experienced women, but what happens when most of that marriage advice is rooted in harmful gender roles and patriarchal dominance that is punted under the guise of 'tradition'?