YOU'RE READING U.S. woman creates "Not Reaching" car pouch to protect victims like Sandra Bland who lost their lives to police brutality

U.S. woman creates "Not Reaching" car pouch to protect victims like Sandra Bland who lost their lives to police brutality 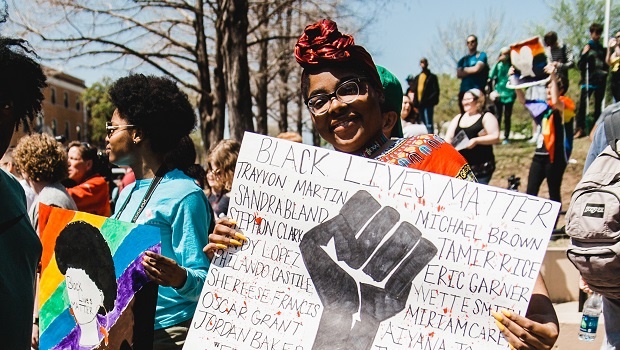 Woman creates Not Reaching pouch to combat traffic stop killings. Credit: Unsplashed
After an upsurge in cases of police brutality, this woman decided to come up with a novel invention that could help prevent police shootings.

Jackie Carter had just watched a news report about yet another black U.S. citizen who had been shot at a traffic stop. Filled with despair over the crisis that the U.S. is faced with, she thought about how she could do her bit to aid a helpless society.

"I'm more fearful [for my son] in a car here than [when he's serving] in Afghanistan,” Jackie told NBC BLK - a black community news division of NBC.

This is when the idea for the Not Reaching pouch came to mind for Jackie, NBC news reports.

The pouch is designed to carry essential driving documents such as your driver's license and car papers. It can be clipped onto the ventilation duct of the vehicle. This way, drivers don't have to reach for these papers which are usually in the glove compartment.

On the Not Reaching! website the pouch is described as a solution to fatal traffic stops.

READ MORE: The now iconic #BlackLivesMatter photo and other women who have fought for their cause

"This is especially useful because many times, police officers who have shot at and killed drivers during traffic stops have claimed that the driver was 'reaching for a gun,'" reads the website.

The rising number of deaths caused by police officers in the U.S. resulted in giant campaigns such as #BlackLivesMatter.

READ MORE: How to be an ally to the Black Lives Matter movement

When we remember women like Sandra Bland who died shortly after she was stopped by police and taken to a holding cell, and twenty-four year old Jennifer Vasquez who was shot dead in 2018 by police who claimed that he thought she was a suspect in a shooting that took place earlier that day, we have a newfound appreciation for this woman's small, yet thoughtful gesture.

The pouches not only offers a simple solution to a colossal problem, but emphasises just how desperate people are to see the end of police brutality. Jackie Carter is therefore another woman whose invention might save lives in the future the way Stephanie Kwolek's invention of the fibre used in bulletproof vests did.