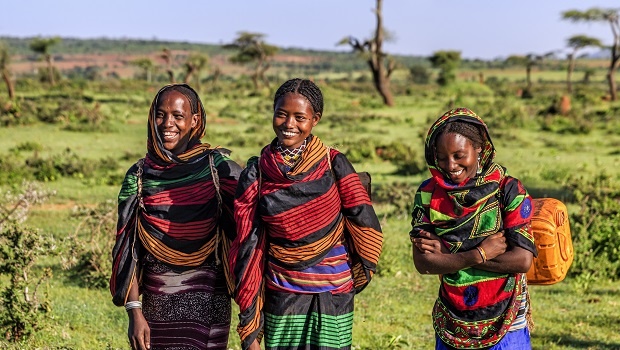 Women live together with no men allowed. Credit: iStock
Umoja Uaso is a village formed by women for women in the desert surrounding Mount Kenya.

This village is home to women and girls who are survivors of rape, domestic violence, forced marriages and practices of female genital mutilation (FMG). Orphans and widows have also found a safe haven in Umoja, Kenya.

Men are banned in this single-sex community, and if they trespass, they are thrown out and arrested by the local police; their huts are also protected by a thorny fence.

READ MORE: Pakistan will soon not allow anyone to marry any girls under 18

18-year-old Rosalina Learpoora has been living in this revolutionary establishment since she was three years old, after her mother fled to Umoja escaping the forced FMG Rosalina would be subjected to.

According to the anti female genital mutilation NGO 28 TooMany, 42.6 percent of women aged 15-49 who have undergone FGM were cut between the ages of 10 and 14 in Kenya.

FGM is seen as part of a girl’s initiation into womanhood in different cultural practices. The communities that perform FMG on young women believe that a woman’s sexual drive can be insatiable if the clitoris is not cut, while others hold on to the myth that it enhances fertility.

She spoke to CNN about growing up in the village, their way of life, and the life she fears she would have had outside Umoja.

“I grew up surrounded by so many women, it’s like having different mothers all around you,” she said.

READ MORE: How much the first black South African woman to play at Wimbledon got in prize money

Rosalina lives with her mother and spends her time doing homework and domestic chores such as fetching wood and water from the river and makes beading colourful bracelets, anklets and necklaces.

The women in this village have economic independence, they build with their own hands, make beautiful traditional jewellery they sell to tourists and take care of their livestock.

Above all, their system has given them the things they longed for the most: freedom, safety and a strong sisterhood fraternity.

'Kwanzaa Day 1: #Umoja(Unity)' The women pictured are from Umoja, Kenya. A women's only village in Samburu County of Kenya. Founded in 1990 by #RebeccaLolosoli, Umoja is a village for refugee women fleeing from sexual abuse and forced marriages. Men are banned from the village. The #UmojaVillage has empowered women in surrounding areas to start their own matriarchal villages. #HappyKwanzaa #inspiHER ?

“If I had not come here, I don’t know what my life would be. I probably would have undergone female genital mutilation, and gotten married off as a second or third wife to an older man. These women raised me, allowed me to have education and defied all those traditions,” she explains to CNN.

The 18 year old goes to a mixed high school and says she wants to become a teacher, so she can educate girls about the importance of education.

According to the National Aids Control Council, women are less empowered under the Samburu culture, due to traditional practices such as child marriage. Moreover, illiteracy among Samburu people stands at 73 percent, majority being women.

Some of the female residents in this village don’t want anything to do with men, while others have sex and children on their own terms with men they meet from outside. However, those men are not welcome in the village.

Speaking about her future, she explains that she wants to get married one day. Adding to her statement, one of the women of the village says her future husband will have to meet her many mothers and promise to never abuse her.

To learn more about this village, watch this documentary.