Credit: Getty Images
Your R29 Kylie Jenner lipstick might just cause your lips some damage. The beauty bootleg market is real.

CNN recently reported that it seized millions of rands worth of bootleg makeup in Los Angeles after raiding several locations. Worst of all, after analysing said makeup and cosmetics, they found it contained, among other dodgy ingredients, animal waste.

We all know there are a lot of cheap alternatives and fake products out there.

Some are kind of fun and they come in handy, like when you need an expensive-looking purse that you could not otherwise afford on your measly intern salary and on trend jewellery that looks almost like the real deal.

But when it comes to products that are applied to your skin you need to be extremely careful.

A colleague of mine was recently tricked into buying a fake MAC lipstick and she noticed it was different from an original one she owns. We compared the two and these are the differences we found: 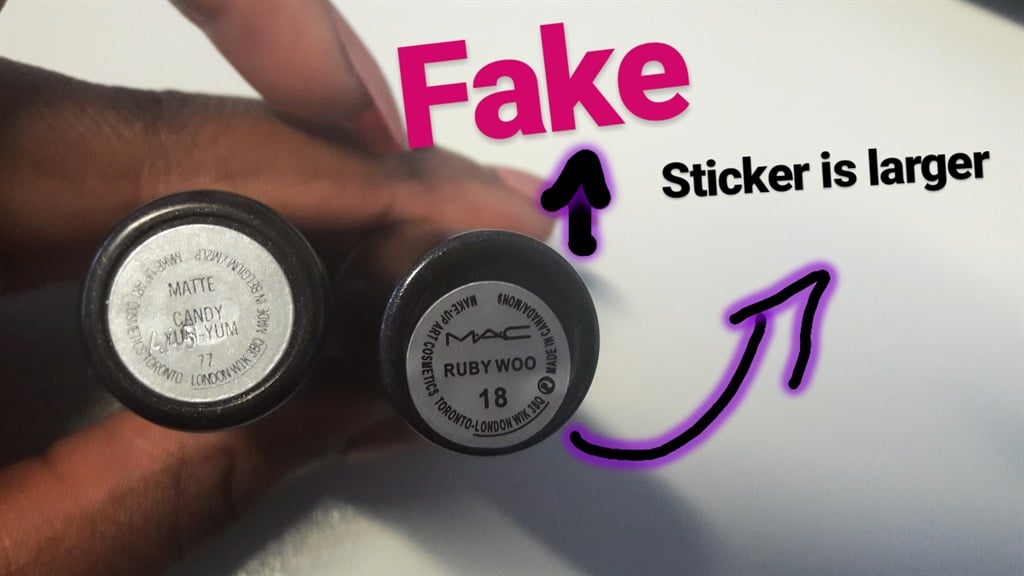 Fake makeup and nail polish is everywhere. A bunch of vendors sell counterfeit brands IRL and it's also prevalent online. When you're on the internet you'll often see too-good-to-be-true deals for “Kylie lip kits” or “MAC makeup”.

While there’s absolutely nothing wrong with buying affordable products from legitimate brands (I like a good bargain too) buying fake makeup could cause (sometimes permanent!) health issues.

READ MORE: 5 of the worst things you can do to your face

Businesses manufacturing counterfeit makeup don't really care what goes into their products - they’re most likely just interested in the bottom line, i.e. making money. As long as it looks like the real thing, they're golden.

They reveal that some fake makeup products contain dangerous and poisonous ingredients such as rat droppings, human urine and toxic chemicals that are endangering consumers' health. Fashion Times notes that some imitations have been found to contain high levels of mercury and arsenic.

There is what in my makeup?

I'm sure we can all agree that lead belongs on a periodic table, not on your face.

Daily Mail reports that certain fake versions of makeup contain up to 19 times the legal level of lead. Global Healing Center notes that not only does it affect the liver, kidneys, reproductive system, and nervous system, it could also cause permanent damage to your brain.

Read more: Is urine the next miracle skin cure?

Toxic ingredients can cause allergic reactions and even permanent scarring.

Not so long ago Cosmopolitan ran an article on people who used fake Kylie Jenner makeup with some scary consequences, like swollen lips, skin issues, infections and bad rashes. These customers were tricked by online underground market cosmetic stores into believing that they were getting the real deal.

I thought the fake site was yours @KylieJenner ?????? pic.twitter.com/wtp9oyflzp

Another Twitter user shared video of her lips literally stuck together after using an imitation of a Kylie lip kit lipstick.

@KylieJenner fake Koko k I got... Literally has glue in it! So gross!! So not cute..... pic.twitter.com/Ha7J8WAvja

How to tell if your makeup is fake

The packaging is the first thing you must look at. Check the label as they often have uneven fonts, incorrect shade names and often misspelled words.

Also, apply common sense, if the price seems too good to be true, it probably is.