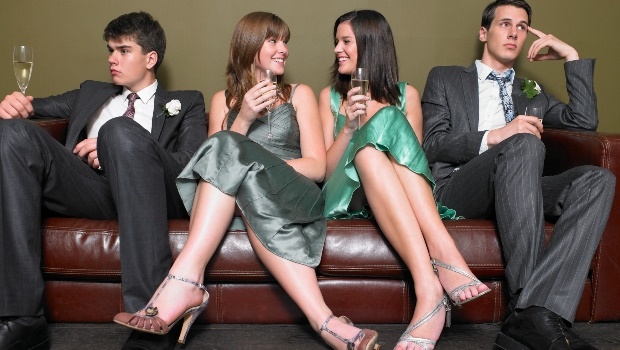 (Photo: Getty Images).
A woman was so enraged by her friends’ level of traditionalism at their wedding, she decided to leave the special occasion early.

A woman was so enraged by her friends’ level of traditionalism at their wedding, she decided to leave the special occasion early.

The fuming guest says while she always knew her friend’s husband came from a traditional family, her frustration boiled over when she learned there were separate menus for men and women, writes The Mirror.

“It was perfectly pleasant until we sat down to see the menu was divided by sex,” the woman began her venting session on parent website Mumsnet.com.

As a starter, she wrote, the men were served mushroom risotto while female guests had prawns. For the main course, the women enjoyed grilled chicken and potatoes while the men tucked into roast beef.

“Everybody at the table was outraged but no one said anything. I took one bite of my prawn risotto before deciding to leave.”

She added what infuriated her even more was that her friend’s husband works in a progressive part of women’s health. But more than that, “the bride is a feminist who attends rallies and feminist events with me”.

“You’d think they would have cut out that bulls**t as soon as it was suggested,” she continued.

She also learned from guests who’d stayed behind that the women had a slice of wedding cake for dessert while the men downed a glass of whiskey, Yahoo! Lifestyle writes.

While certain parents in the forum agreed the wedding sounded utterly bizarre, others felt the woman had overreacted by ditching the reception.

“Yes, it was incredibly sexist and outdated, but at a wedding where you were a guest at, I think you should’ve kept your thoughts to yourself,” one user wrote.

While another added: “A bit of an overreaction, if I might say. What happened to couples doing what they want at their own wedding?”

What would your reaction be?

I'm Smart witty person with dark sense of homour - ENTJ Briggs Myers - which is pretty accurate Dishonest people and someone who's not able to share there feelings...
Confirm profile