Oprah Winfrey attends attends the premiere of Disney's 'A Wrinkle In Time'. Credit: Getty Images
Look under your seat; it's a quick flashback of some of Oprah's most timeless looks!

She was fired at age 23. She has interviewed over 37 000 guests. She has been on the over 200 covers of her self-titled O, the Oprah Magazine showcasing an array of hairstyles, clad in bold colours and at times swathed in designer fabrics. In August 2018, she graced the cover of British Vogue in a custom-made taffeta gown by Stella McCartney.

And yes, she's given us some of our favourite GIFs. She quite literally needs no introduction, as her name and legacy precede her.

Now 65 years old as of 29 January, Oprah Winfrey remains a media and entertainment mogul whose success and gravitas many aspire to mirror one day in some form or another.

Merely writing about all the remarkable work Oprah has done over the years would not suffice as our belated birthday gift to her, so we figured a gallery of our favourite looks over the past few years is the perfect way to celebrate the woman who made sure we all know about Jimmy Choo shoes.

After all, there's no better day to throwback than a Thursday... At the 20th Annual Screen Actors Guild Awards in 2014 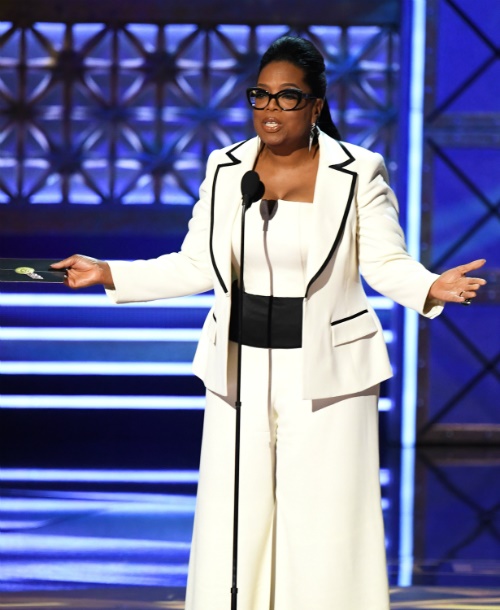