Beyoncé is seen during the 2020 BET Awards. Photo by BET Awards 2020/Getty Images via Getty Images.
2020 may have cancelled the Met Gala, but at least we still got the BET Awards.

These are some of our favourite looks captured as screengrabs by BET for Getty Images.

Styled by Nicole Newland. These were our top picks from her 13 looks. 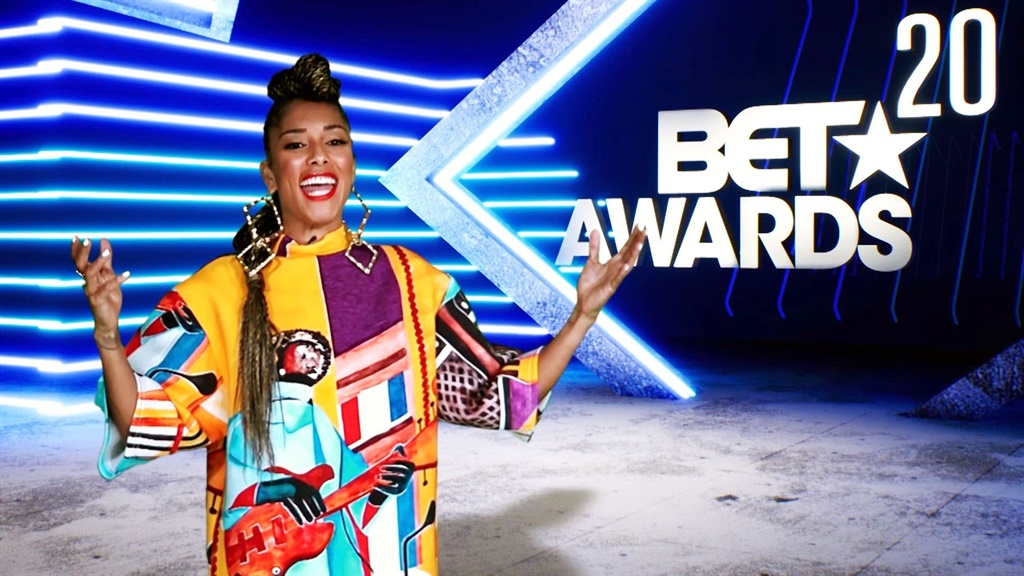 READ MORE: Naomi Campbell is dressing up in this 1950s Hollywood icon's old clothes while self-quarantining Made some cursive extravagance with my grown woman hairs for the virtual @betawards. When you get to be cast, crew and glam. Thank you iphone tripod and thank @patternbeauty #betawards

?? “To me we are the most beautiful creatures in the whole world... Black people. I mean that in every sense.” - Nina Simone . Styling: @mrenriquemelendez Assistant: @auntfunkyscloset Dress: @cavanaghbaker Shoes: @giuseppezanotti Earrings: @atelierswarovski . #BETAwards

There is no glory in playing small. Constantly trying to lessen yourself, when in fact all that you should be full of is you. Overflowing in every sense. We can only give what we have and what we are. So this is me. Giving light, giving love, giving fullness... giving black. ♥? Thank you for having me @bet @bet_africa #BETAwards There’s so much on our minds and in our hearts! My favorite thing about music is how it reminds us that we’re not alone. This performance for the BET Awards touched me deeply. What did u feel?