YOU'RE READING PICS: The most striking looks from NYFW front row so far

PICS: The most striking looks from NYFW front row so far Our fave looks so far...brb, about to recreate each and every one of them. . Credit: Getty Images
Take inspiration for the season ahead from New York Fashion Week's most stylish front rowers.

New York Fashion week is in full swing, and the front rows of each show definitely don't disappoint. While celebs usually wear the looks of the designer whose show they are attending, this season it is an amazing mix of current seasonal trends, the collection being showcased that day and custom pieces.

While some runway looks are definitely shoppable, we just love a relatable outfit inspo from the front row. From Cardi B in a sultry suit-and-bustier outfit to Gigi Hadid rocking a sweatshirt-as-a-dress look.

Here are few looks that caught our eye: Kendall Jenner in a lace-up mini dress at Longchamp. Cardi B and Jeremy Scott backstage at his show. 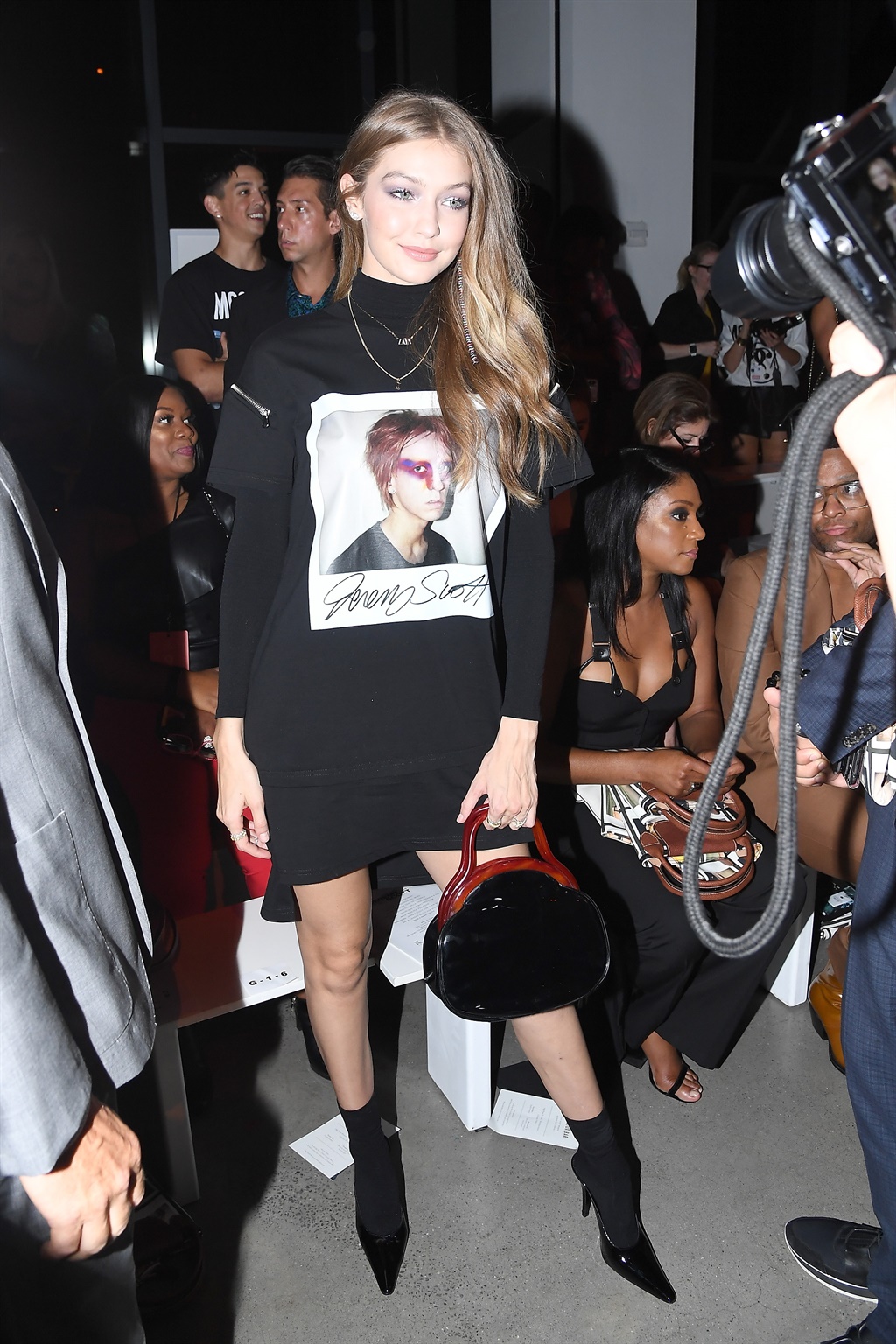 Gigi Hadid at Jeremy Scott. We love the vintage Polaroid of Jeremy Scott on her sweatshirt. Nicola Formichetti, Christina Aguilera, and Troye Sivan front row at Christian Cowan. We are living for Christina's oversized jacket and of course, Troye can do no wrong in our eyes. Dascha Polanco front row at Tadashi Shoji in a lacy off the shoulder dress. We also love some BTS snapshots: Winnie Harlow prepares with Maybelline backstage for the Cushnie show. We love the intense red lip.