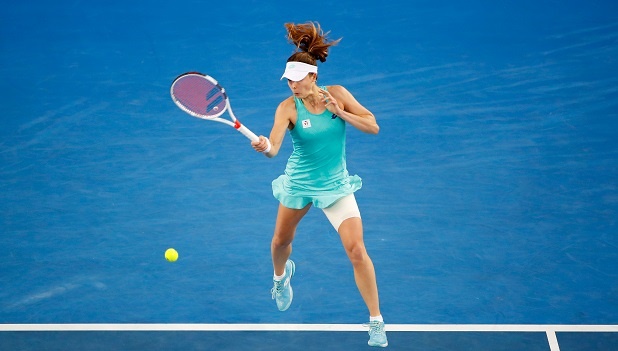 Alize Cornet. Credit: Getty Images
And see the most controversial fashion moments from Wimbledon throughout the years.

According to The Independent, there has been much controversy surrounding the code violation handed out to French tennis player, Alize Cornet, this week.

Playing, in what turned out to be a blistering hot US Open (35°C), the players are now allowed 10-minute 'heat breaks' to cool themselves, off court.

After the break was over and the players returned to court to resume the game, Cornet realised her t-shirt was on back-to-front. She then quickly removed her tee, putting it on the right way around.

READ MORE: Woman scales Statue of Liberty and 6 more pictures of injustice and protest that gripped us

The umpire then preceded to give her a code violation, as according to Grand Slam WTA regulations, female players are not allowed to remove items of clothing while on the court.

Um, sexist much? Male players do this all the time. Novak Djokovic, for example... And Nadal has a habit of removing his shirt after every game.

Similarly, earlier this year world tennis number one Serena Williams was met with much backlash when she played the French Open in a black catsuit.

She has said that the catsuit, was in part, inspired by Black Panther, and posted on Instagram saying the suit was for "all the moms out there who had a tough recovery from pregnancy.”

Catsuit anyone? For all the moms out there who had a tough recovery from pregnancy—here you go. If I can do it, so can you. Love you all!!

But her 'power suit' was about more than fashion. Harper's Bazaar notes that it actually assisted with some health issues she was having post-pregnancy. The suit acted as a full-body compression garment, as it was made to help with blood clots.

However, under recently instated new dress code guidelines, not Serena or any other tennis player will be allowed to wear such a catsuit to play at Roland Garros in France, in future. Harper's Bazaar reports that Bernard Giudicelli, the president of the French Tennis Federation, spoke out about the catsuit, saying it will no longer be acceptable on court, that it is disrespectful and that things have "gone too far".

But is this going "too far" or going backwards?

In 1985, Anne White wore a white catsuit on the court at Wimbledon - complete with leg warmers! Following the match, her opponent did, however, complain to officials saying the outfit was distracting and inappropriate. The Telegraph reports that when asked about her feelings concerning the ban by reporters, Serena didn't seem too fazed, responding that it was no big issue and that she and the president still had an excellent relationship.

But on-court dress code has always been a bit of a mine field. The Wimbledon tournament has a dress code that's more rigorous than any other tennis championships. Scrolling through the ten rules stipulated on the Wimbledon site, you see more 'white' than at a townhall meeting in Orania.

1) Competitors must be dressed in suitable tennis attire that is almost entirely white and this applies from the point at which the player enters the court surround.

2) White does not include off white or cream.

Like Steffi Graf and Arantxa Sanchez Vicario doing the scrunchie thing back in the nineties... 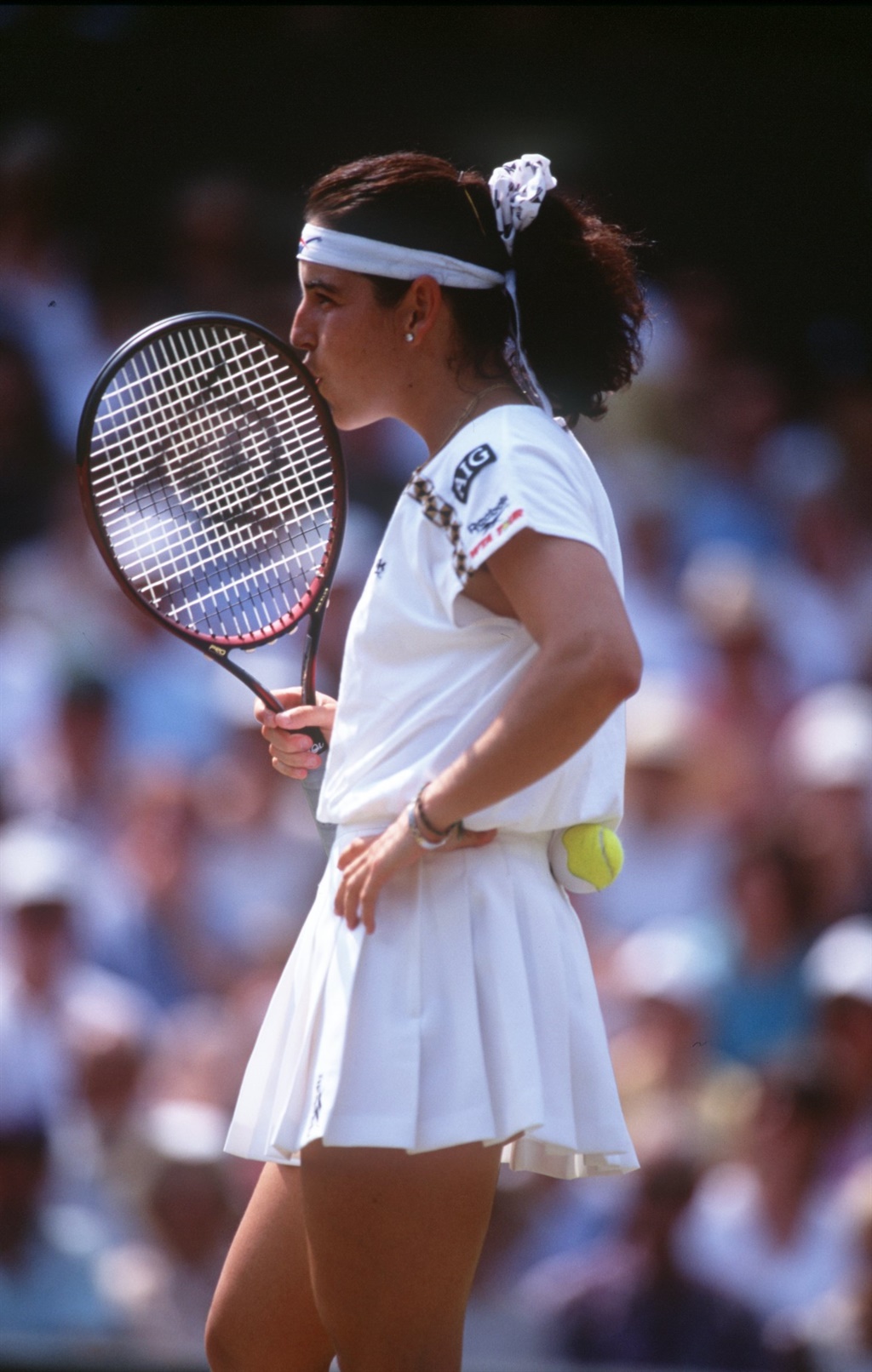 3) There should be no solid mass or panel of colouring. A single trim of colour around the neckline and around the cuff of the sleeve is acceptable but must be no wider than one centimetre (10mm).

Suffice to say, there are rebels everywhere. From 1985's Anne White to the Williams' sisters this decade, here are a few dress code defiants:

According to The Independent, Venus was told to change her bra mid match as her pink bra straps were not allowed. The Williams' sisters have always been defined by their unique on court style, however. Always being playful with jewellery and hair accessories, many have called their adherence to the dress code into question in the past. She opted to wear a tux-style outfit to court. Technically, she didn't break any rules, yet many speculated whether this was a subtle mock in protest of the strict dress code. But tennis players like Anna Kournikova have also been critised for wearing outfits that were too skimpy - it was even called the "Nike nightie". READ MORE: Scrunchies are back!

But Serena Williams recently brought this look back as she wore a black catsuit to the French Open, a look she said made her feel like a "warrior princess".