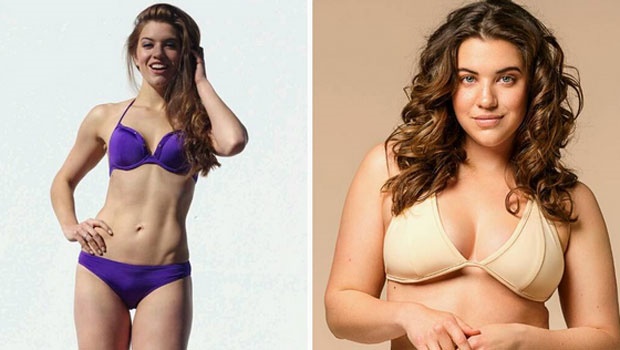 Credit: Instagram
Marciel Hopkins is a former Miss SA finalist who refuses to be defined by a number on the scale.

After meeting Mishka Patel, a Miss South Africa 2014 top 12 finalist at an event in March 2015, Paarl-local Marciel Hopkins was inspired and applied for the Miss SA pageant with excitement in heart.

To prepare she started training hard with a personal trainer. She lost 14kg before the first regional round in August of 2015. That was all within 4 months of initially deciding to enter.

“This all happened in the same year that I was completing my honours degree in Psychology at the University of Stellenbosch and was Primaria of my female residence, Huis ten Bosch," says Hopkins.

She says she had to make drastic lifestyle changes to lose weight in order to be what is considered “bikini-ready”.

"There were no specific guidelines around a certain weight requirement to enter for Miss South Africa, but you only had to look at all the finalists of previous years to see what the body standards were to make it through to the next round. I made sure that I was in top shape and that my body was more toned than ever," says Marciel.

Training two to three hours a day during the week with a personal trainer in the morning and then spinning (sometimes two classes in a row) during the evening – Marciel pushed her body to the limit.

"I never followed a specific diet, but I cut out all red meat, alcohol and starches (bread, pasta, cake etc). I ate lots of raw veggies, fruits and lean proteins (chicken, boiled eggs & fish). I was drinking 4-5 cups of green tea a day to keep me warm during the winter months,” says Hopkins.

These days Marciel posts a lot of comparative pictures on Instagram, showing her during her Miss SA days and now as a curvy model.

Lately I've received a number of messages around weightloss advice and questions about which diet I followed for Miss South Africa. I want to give you honest feedback: I never followed a specific diet, but I made drastic lifestyle changes and literally trained my butt off. The picture on the left was after 5 months of intense training and absolutely NO carbs, red meat or alcohol. Chocolates, cake and sweets were swear words! I trained 2 to 3 hours a day and I even worked cardio sessions in over weekends. My boobs shrunk 2 cup sizes and my period stopped. On this specific day of the picture, I got home, freezing after the shoot, and I had a baby apple for dinner. From the picture on the right, more than a year later, I want to say, it's NOT worth it to fight a daily battle with food or your body. Bodies are different, we can't all look the same. Instead of having #bikinibody unrealistic-nonsense-goals that are being spoonfed to us on a daily basis, strive towards being the healthiest and happiest version of yourself (mentally and physically). Don't fight against something that is part of who you are. Self acceptance is a relationship that you have to work on daily. Be sure to make your body your new best friend. Light and love! #bodypositive #bodypositivity #bodyconfidence #loveyourbody #dietculture #unrealisticgoals #bebodyaware #healthnotsize #beautybeyondsize #droptheplus #everybodyisbeautiful #swimwear #bikini #curves #iamallwoman

After posting some of these pictures, Marciel says women started messaging her, asking how she managed to lose so much weight so quickly - basically, asking for weight loss tips.

This is what she ended up replying to all:

“I never followed a specific diet, but I made drastic life style changes and literally trained my butt off. It’s not worth it to fight a daily battle with food or your body. Bodies are different; we can’t all look the same. Instead of having #bikinibody unrealistic-nonsense-goals that are being spoon-fed to us on a daily basis, strive towards being the healthiest and happiest version of you (mentally and physically). Don’t fight against something that is part of who you are. Self-acceptance is a relationship that you have to work on daily. Be sure to make your body your new best friend.”

Now, signed as with ICE, she is working as a curvy fashion model. We use "curvy" on purpose because the term “plus-size” doesn’t sit too well with her. 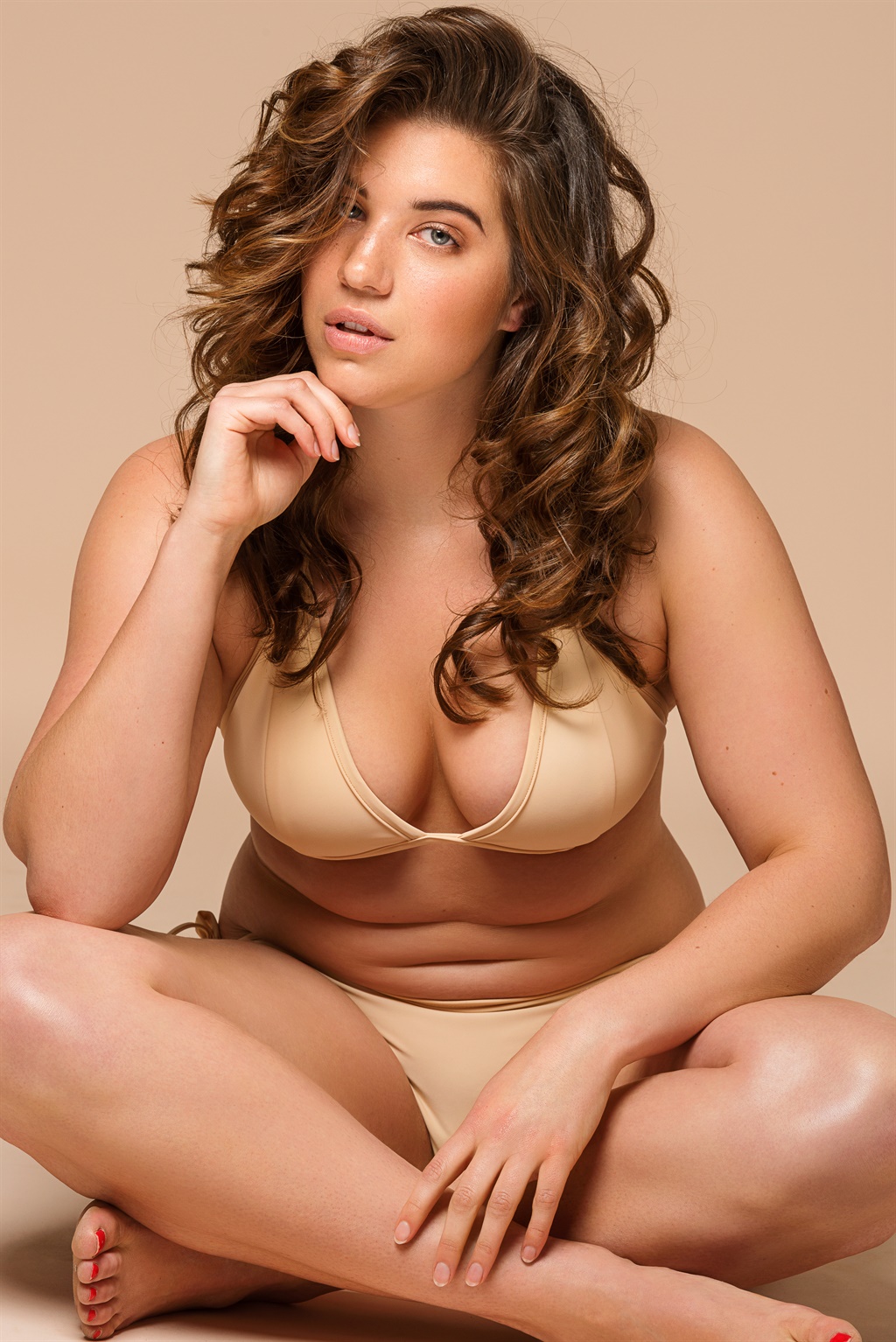 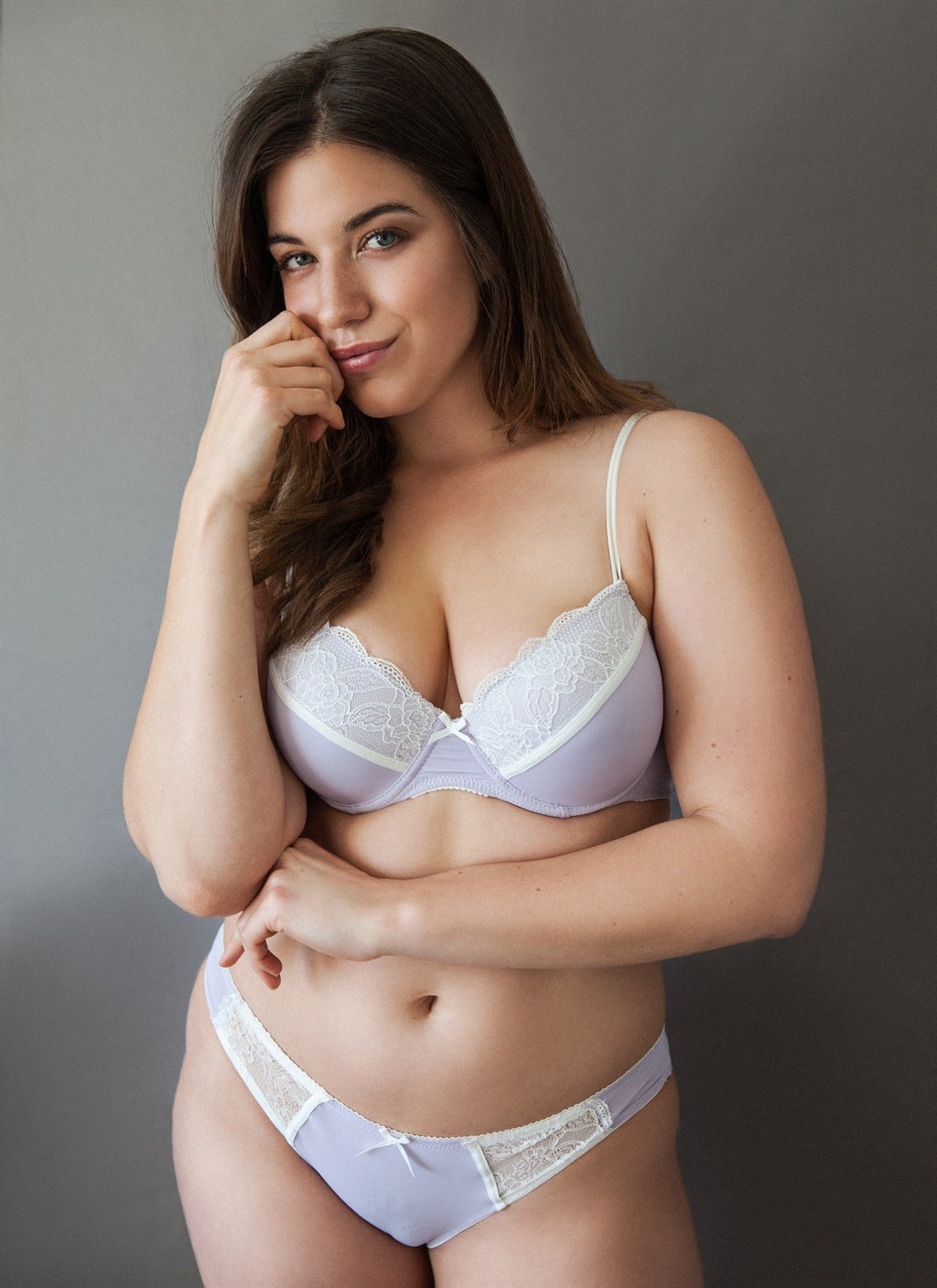 “Plus-size has an automatic negative connotation to it, stating that you are bigger than you are “supposed” to be. Nobody can decide how you should be looking or when your body is healthy. Healthy comes in different shapes and sizes and it looks different on every body. I prefer to refer to myself as a curve model, because I love, embrace and celebrate my natural curves,” says the beauty.

READ MORE: Ashley Graham and her mom slay in a new body-positivity campaign

Hopkins agrees that many people, especially women, still equate their worth with how they look and punish themselves verbally and via exercise when they eat something “bad” or spot extra fat roles on their stomach or cellulite on their thighs.

Exercise is a CELEBRATION of what your body can do. Not a punishment of what you ate! In shape: YOUR shape! #bodycelebration #inshapemyshape #sweaty #spinning #healthnotsize

“There is a complete lack of body diversity representation in the media and in beauty contests. So many women look up to the models and beauty queens that they see in magazines and on TV, making them feel unworthy and less beautiful, because there is no one they can relate to.

"ALL bodies deserve representation. There is no wrong way to have a body or be a woman. Cellulite, stretch marks and tummy flab is completely NORMAL, but we never see it in the media, so we believe that it’s disgusting and that we should be ashamed of it,” she says.

But how can and should this be changed?

READ MORE: 7 Inspiring body-positive moments that gave us life in 2017

“All bodies need to be represented in the media and in beauty contests. Women should be informed about the truth around retouch, editing and Photoshop. Media publications must stop retouching photos to unrealistic beauty standards. It makes women feel unworthy and ashamed of themselves and they end up spending lots of money on products that promise to “beautify” and make them skinny and desirable.

"In other words, cosmetic and weight loss campaigns are banking millions off the insecurities of women that they create themselves! We are smarter than this, #beautybeyondsize!”

I was born with a natural booty. As a young girl I was teased about it and I wore loose fitting dresses to hide it (my hippie fase). But at some point I realised that no diet or training program will ever take my bum away. It's part of who I am. It gives definition to the clothes that clients book me for to model. Today I celebrate my booty and my body for taking me on 23 years of exciting adventures. Rather use your time and energy working on the strength of your character, than using it to work on your six pack or thigh gap. #polaroid #bodypositive #booty #bopo #curvemodel #curves #celebrate #character #nofilter #healthnotsize #inshapemyshape #beautybeyondsize #bodyconfidence #droptheplus #everybodyisbeautiful #iamallwoman #IceGenetics