Back zipper jeans probably have Levi Strauss turning in his grave 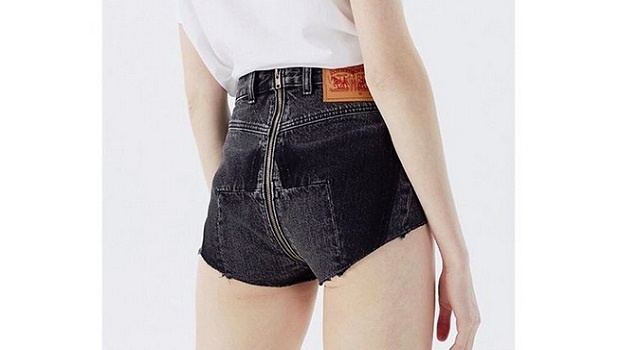 Credit: Instagram
Is this what fashion has resorted to?

As fashion evolves, reverses and repeats, we become used to expecting the unexpected. From assless chaps to butt-cheek baring micro-shorts, we’ve embraced the bum in more ways than one.

Yet no one, not even a psychic, could have predicted the designer collab that probably has poor Levi Strass (who invented jeans in 1873) turning around in his grave.

Harper's Bazaar reports that Paris-based brand Vetements, who have been dubbed both 'revolutionary' for their innovative aesthetic and 'controversial' for its 'Whites-Only' model policy, has along with Levi’s (#VetementsxLevis) designed what can only be described as an abhorrent fashion item: jeans featuring a zip that runs all the way down your bum crack.

Read: Fashion’s twisted relationship with boobs – where do nipples stand in 2017?

Cheeky or just a gimmick to get publicity?

If this look becomes popular, I might need a lie down.

Vogue says it's unclear when the design is actually dropping, but so far the feedback has been equally positive and negative, with some loving and others absolutely hating this proposed trend.

If that zip stays up, it's fine. But bum cleavage is not for me, thanks.