A model walks Milan Fashion week runway for GCDS. Credit: Getty Images
There are times when we can’t pretend to understand fashion.

GCDS (which stands for “God Can’t Destroy Streetwear”) debuted their neon collection of streetwear at their spring/summer 2019 show this week. All the models donned sports bras, bicycle shorts, and boots.

But the big difference was that two of the models also had a third boob (complete with the nipples) under their sports bras. A model walks down the runway with three breats

GCDS creative director, Giuliano Calza, spoke to WWD about the collection’s dystopian inspiration—which WWD describes as “a day when all the computers crash and society has to look back and appreciate the old way of doing things.” Giuliano said: "We’re a young group here—we’re all under 30—and I wanted to talk to people our age about the future and get them thinking about plastics, water shortage, and the environment. Full sustainability is impossible, and I wanted this show to be a wake-up call."

While a third breasts is certainly something to send a message, it’s still not the only crazy thing we’ve seen on the runway.

In February, Gucci debuted its fall/winter 2018/2019 collection with models walking down the runway carrying replicas of their own heads. 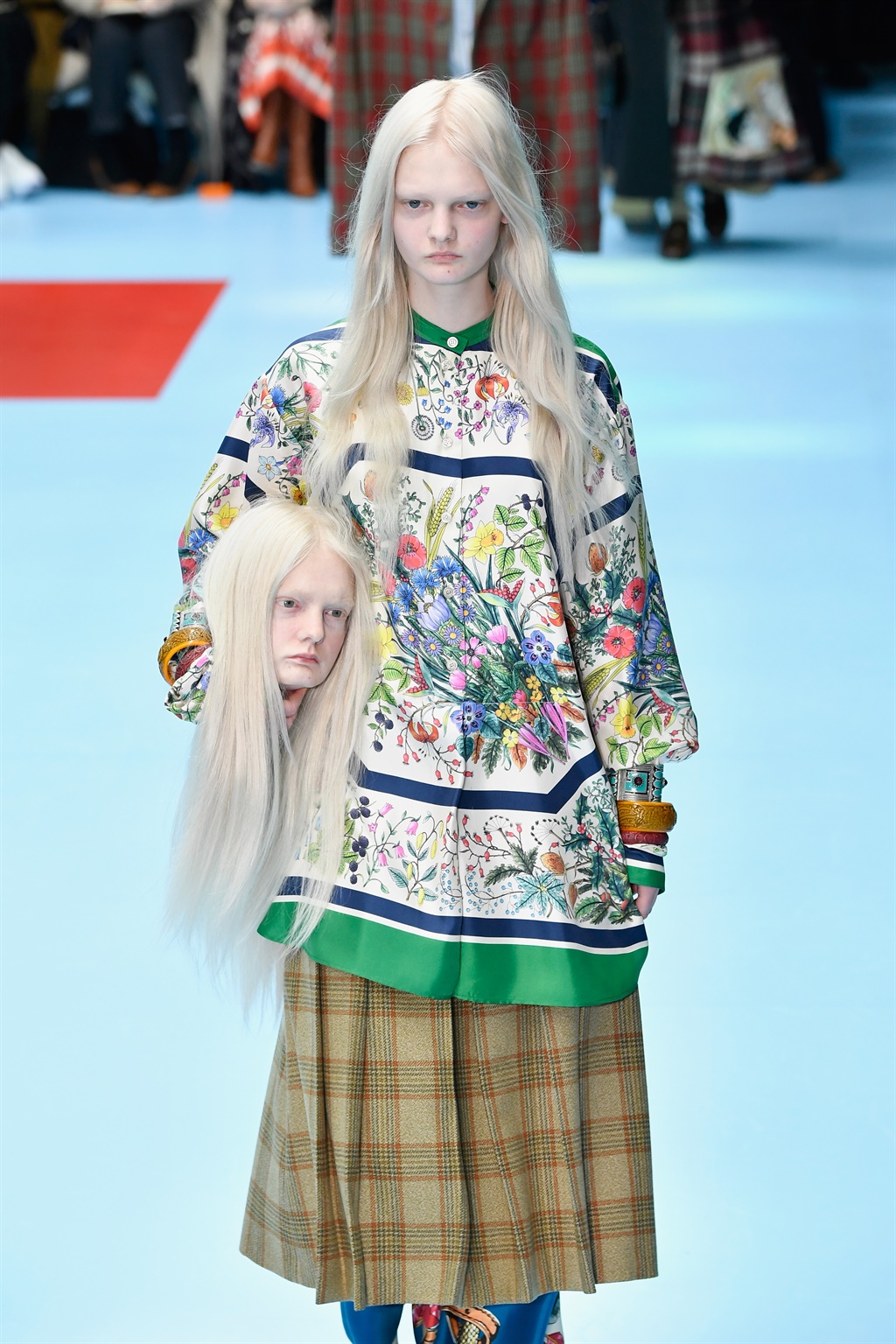 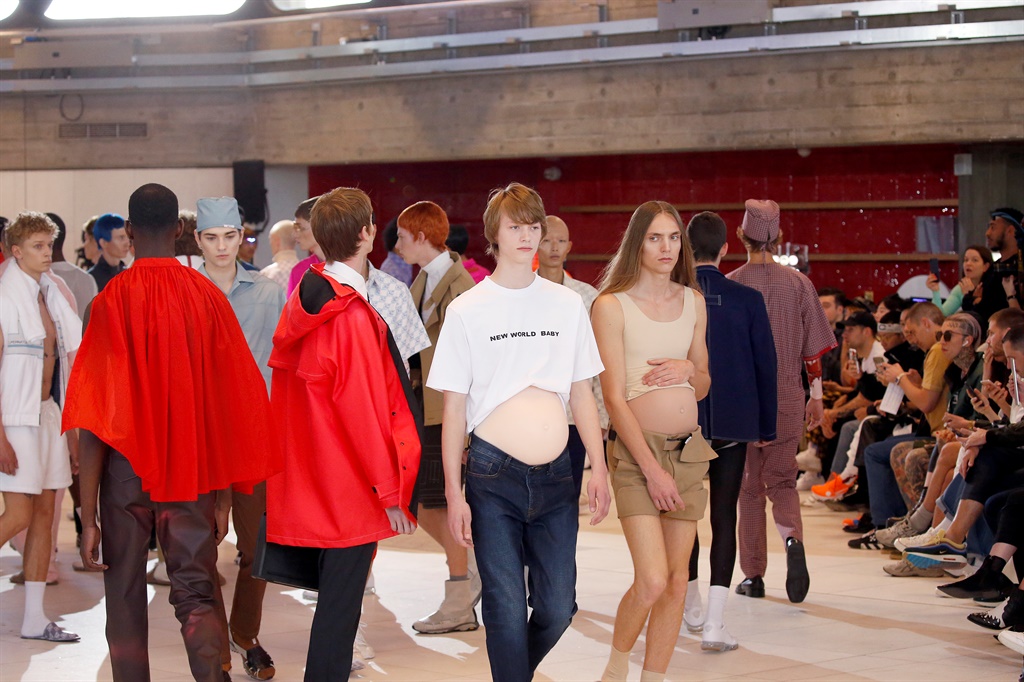 Then was there was A.Human, launched during New York Fashion Week, which introduced prosthetic accessories that seemed to be embedded in the wearers’ skin. A. Human The Ivory by Isamaya during A. Human Launch Event hosted by Simon Huck

Looks like fashion is looking at a dystopian future where we’ll all be able to modify our bodies somehow to make fashion statements. Will this become a reality? Only time will tell.