What do Anna Rosa Vitiello, EDR and Tiffany Hsu all have in common?. Credit: Getty Images
An entire decade later, and Blair Waldorf's influence is still undeniable.

2007 was the year that just kept on giving - it gave us the iPhone, it introduced us to the Obamas, Lindsay Lohan made headlines every week, we fell in love with Amy Winehouse, the Spice Girls kicked off their reunion tour, the first season of Gossip Girl premiered and most importantly, Britney Spears survived that year.

READ MORE: Get ready to dress up like you're about to party with the Upper East Side crew on Gossip Girl

But back to Gossip Girl and Blair Waldorf's (Leighton Meester) signature accessory - the Alice band. Ms Waldorf was a trend-setting Upper East Side teen whose wardrobe had a French chic edge.

It also helps that her mom Eleanor Waldorf was an esteemed designer who moved in the same circles as every luxury designer you can think of.

From 2007 onwards, she popularised a hair accessory we all thought we had left behind in our formative years and I must say 17-year-old me was so delighted that she bought Alice bands in all colours and designs available.

I was so dedicated to my GG style cause, that I once broke the rules and wore a satin Alice band to school, forgetting that I'm not a Constance pupil, where adding a personal touch to your uniform was permissible.

Now we're all older and wiser and the only uniforms we wear now are the lazy yet still 'with it' looks we gravitated towards from Monday to Friday.

READ MORE: Your ultimate guide to a trendy, yet professional work wear wardrobe for 2019

However, Gossip Girl is no longer our on-screen style bible, so we now reference from Fashion Week street style looks because in our four favourite fashion capitals (New York, London, Paris and Milan), new trends are suggested on the runway and the affidavits confirming their place in the fashion world are signed on the streets.

And it's actually all thanks to Miuccia Prada's Spring 2019 collection that saw models walk the runway in these padded hair adornments that Blair and her entourage of friends she called "minions" would have definitely sat front row for. Some embellished and others just in plain satin.

“You can try looking, but you’ll never know what she sees.” @anokyai wears a #PradaSS19 satin headband and silk chiffon blouse for her role a “Belle” in a #BTS photo from the #PradaDoubleExposure campaign. Discover more via link in bio. #Prada

“Sidonie is trustworthy…sometimes.” @GigiHadid wears a #PradaSS19 satin headband and crêpe de chine top for her role as “Sidonie” in a #BTS photo from the #PradaDoubleExposure campaign. Discover more via link in bio. #Prada

“Sybille can play by the rules, and follow her instinct.” #FrejaBehaErichsen wears a #PradaSS19 studded leather headband and #PradaEyewear for her role as “Sybille” in a #BTS photo from the #PradaDoubleExposure campaign. Discover more via link in bio.

We love Ms Blair, but this is actually the real reason why we've seen an influx of Alice bands spotted on bloggers, fashion week attendees and Instagrammers in 2019 - at both Paris Menswear Week and Paris Fashion Week especially.

It seems the velvet 'beret' puffed-up Alice band is every stylista's most coveted accessory right now: 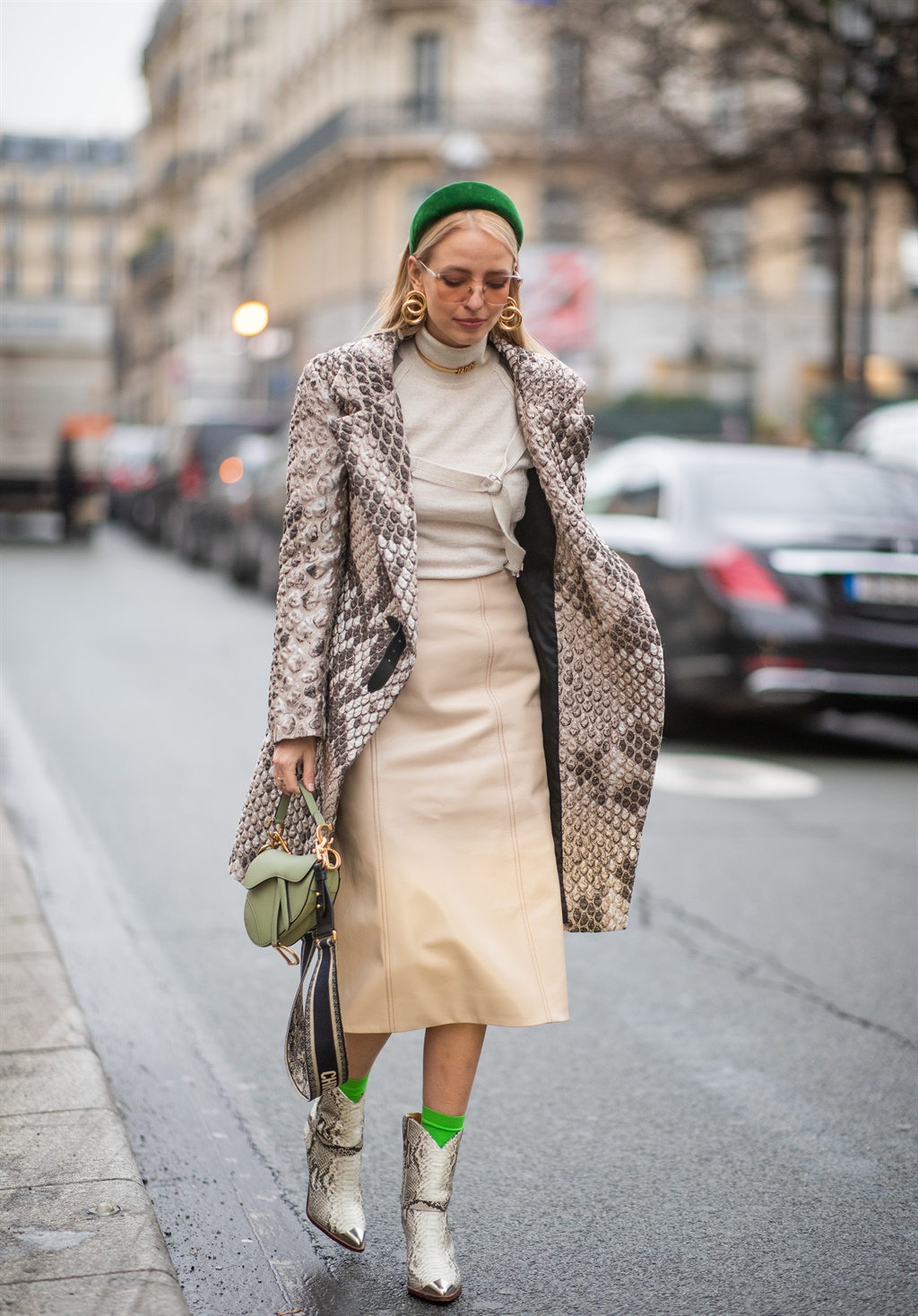