YOU'RE READING Hell is other people? The pitfalls of working in an open plan office

Hell is other people? The pitfalls of working in an open plan office 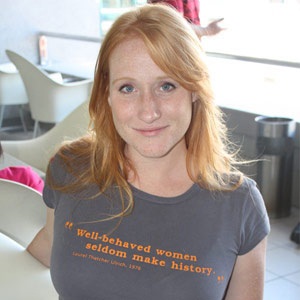 Biologically humans are pack animals, but anyone who's ever shared their space with a lot of people have doubted this truth from time to time.
If you’ve never identified with Sartre’s classic line: “Hell is other people”, then you’ve obviously never used public transport, been in a two hour meeting or worked in an open plan office.

I understand that biologically humans are pack animals. We need each other to survive because we literally can’t look after ourselves in the wild like say, a leopard can. And more and more research has shown that we need social interaction from other members of our species to keep us from going loopy.

I can testify to that, firsthand, as my working from home days basically turned into a year of me walking around in mismatched pyjamas, talking to my appliances and hiding under my bed when the doorbell rang. So yes, I concede, people need each other.

But have you MET people? We’re awful. That there aren’t more random incidences of violence in the streets is a testament to civilisation or our parents or something.

One would think that grownups would know how to behave in front of other grownups.

So why is there always someone who decides to microwave leftover fish and then eat it at their desk? And how does someone not realise that keeping their cellphone on the LOUD function will probably annoy people if it rings every 10 minutes? And why is that person always the one with the Crazy Frog ringtone?

I am by no means innocent. My manners are quite appalling at work. My desk is a disaster area. I interrupt my team constantly with tasks or questions or sometimes merely to listen to my (bad) jokes.

If I miss the beginning of a conversation that almost always has nothing to do with me, I immediately start quizzing with something like: “Who did what when where? Heh? What? Who?”

I take swigs from a bottle of vinegar on my desk. Don’t ask. (Although, if you know why I crave vinegar to this extent, I’d really appreciate it if you let me know.)

If I have a problem, I run to the person who may or may not be able or willing to help me without scheduling a meeting or even checking if they’re busy. I often giggle uncontrollably at my desk (is there anything more offensive when you’re busy and someone does that?) and when anyone else laughs I demand to be let in on the joke.

Why someone hasn’t hit me over the head yet with one of those large cartoon hammers I really can’t say.

But I can say that I’m thankful to be working and interacting with people on a daily basis, sharing ideas, stories, sadness, joy and most importantly the workload.

I’ve realised, for me, Hell isn’t other people. Unless they eat fish every day.