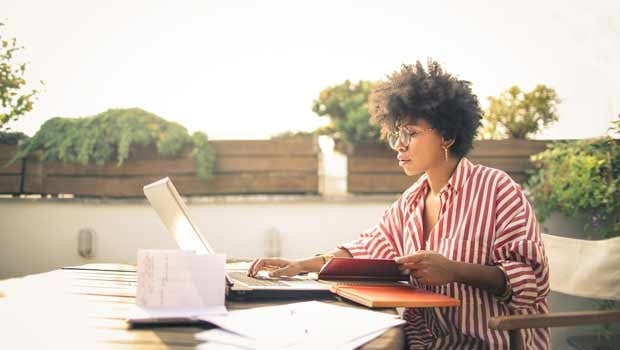 A young woman working outside. Credit: iStock
Turns out that there’s no notable difference between who is better at juggling.

In a world that celebrates and almost reveres multitasking, we often don’t acknowledge that doing too much at once can be bad for us.

We’re expected to be able to type emails, while we check important messages on our phone.

And it’s gotten to the point where we’re not even 100% focused in important meetings, because the beeping tone of your phone means that there’s another task that requires your attention.

READ MORE: How taking work home could sabotage your career instead of boosting it

It’s the same concept with multitasking, which is why many women will be relieved to note that a new study revealed that there’s actually no notable difference between genders when it comes to who is the better multitasker.

And frankly, I’m relieved to hear that because I’d much rather focus on doing one thing at a time and give it my full attention instead of switching between tasks in panic mode because society has our brains convinced that doing more than one thing at a time makes you more productive.

In fact, according to Health.com, multitasking isn’t what it says it is. What you’re actually doing is task-switching, which isn’t good for you because you’re expending twice the amount of energy not only on doing more work, but on shifting gears and focus.

The constant back and forth between doing more than one thing also, contrary to popular belief, doesn’t always save you more time.

READ MORE: Should the people who have the power to fire you, follow you on social media?

But besides the fact that multitasking is not all that is cracked up to be, a new study also suggests that when it comes to which gender is better at multitasking, there’s no noticeable difference.

Researchers at the University of Bergen in Norway have conducted a study that showed that the reasons there have often been such conflicting results over who is the better multitasker is often because different researchers apply different meanings to the concept of multitasking.

In this case, the study that was conducted recruited 66 women and 82 men between the ages of 18 and 62 and asked the recipients to conduct a series of tasks.

The tasks involved getting ready for a meeting while also having to deal with additional problems like sorting out basic things like a missing chair, dealing with incoming calls or remembering to provide someone with coffee at a specifically appointed time.

Factors that were taken into account included time taken on the task and accuracy and it was found that neither gender are all that good at juggling.

Admittedly, this study involves a small group of people, but it certainly gives an indication that perhaps we’re all guilty of overestimating our ability to multitask?

And frankly, we really can let go of this notion that we need to do several things in order to consider our work days a success.

So I don’t know about you, but I’m going to embrace being okay with being better at one thing at a time instead of trying to add more to my plate than I can handle.
Sign up to W24's newsletters so you don't miss out on any of our hot stories and giveaways.