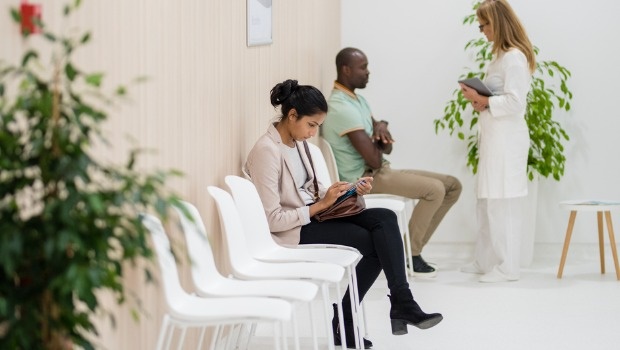 A woman in a hospital waiting room. Credit: iStock
Do you let or does someone make work trump your personal life?

Technically you spend more time with the people you work with than you do at home, so it’s really important that your work place is one where your needs are considered along with a company’s requirements.

That means room for compassion, empathy and understanding when workers find themselves in situations that require time off.

Delaney Strunk from Buzzfeed recently reported about the case of a woman whose manager had what is without a doubt, one of the most heartless responses after she called into work regarding her sick son.

Crystal Fischer’s 18-year old son is currently on life support after he developed a high fever, which doctors are still trying to figure out the cause of.

Naturally she did what any mother would – she called in to let her manager know that she’d be unable to come in to work as she needed to be by her son’s side until he showed signs of improving and until the doctor’s could figure out what was wrong.

The fact that she followed protocol by informing the manager of the reasons behind her impending absence made no difference and she was swiftly told through a series of text messages that:

a) she might as well consider not coming in as quitting (i.e. in a roundabout way it was implied that she shouldn’t bother coming back) and that
b) she was being dramatic (because the prospect of losing your child is tantamount to being a drama queen)

The manager claims to have been accommodating and that work should take preference because Crystal’s son is in the “best place he needs to be.”

Not only is the lack of blatant empathy shocking, the fact that the employer can’t see that these circumstances are exceptionally difficult – the trauma of possibly losing a child and perhaps having to switch off life support – says a lot about how little she truly values her employee.

To me it says she sees her workers as corporate machines and not as human beings with personal lives. According to USA Today, Crystal still doesn't have any answers regarding the cause of her son's condition but the manager was subsequently fired.

READ MORE: "I left my job without a backup plan because my boss expected me to work 16 hour days"

It’s treatment like this that leaves many feeling guilty about even taking leave. People can be so 'loyal' to their jobs, that that loyalty often comes at a cost to their own mental and physical wellbeing. Or affects their relationships at and outside of work.

But here’s the thing: the world is not going to stop spinning if you decide to take a few days off.

Wiekie Bartlett, a Cape Town based industrial psychologist in private practice believes in the importance of taking leave from work.

"A scientific experiment confirmed that employees who take their scheduled time off consistently replenished their willingness and ability to work which made them more productive over time. These employees experienced higher levels of job satisfaction and they could envision a long-term future at the organisation. They are more positive about work-life balance and prouder of their accomplishments," says Bartlett.

Here’s how to practice self-care and look after yourself especially when it concerns work:

You could try the Pomodoro technique. The technique calls for 25 minute working stints with 5 minute breaks between each session and a longer 15 minute break after about 2 hours. My colleague Tammy tried it and while it didn’t 100% work for her due to various reasons, it did help her improve her focus and get more done. Read about it here.

Take an evening off work

Don’t check your emails. Don’t ‘just quickly’ check in with your colleague or clients. Don’t check that document to make sure you added the correct numbers. You can do it tomorrow. According to this article on Harvard Business Review, an experiment forcing employees to take days, nights off or extended breaks actually made them more productive and allowed them to focus more.

Try and take a nap

Now this one is a little controversial, but if you work from home or have an office where this is okay, then try it out. There’s a reason companies like Google have dedicated napping areas. Studies show that they can improve your concentration, reaction time and mood significantly.

Use your leave days

Stop letting your leave pile up or taking a leave day just to run an errand. Take a day or two off, or plan a proper holiday and take a longer break. Jason Fried, co-founder and CEO of software company 37signals, found that giving employees time off to work on their own projects or just take a break resulted in a major boost of creativity which was ultimately very significant to the business.

So stop working yourself to a standstill. As a colleague repeatedly tells me “Work is not going to come to your funeral”.