According to Richest Lifestyle, Princess Stephanie of Monaco, the youngest child of Grace Kelly and Rainier III, Prince of Monaco is worth a whopping R1 billion. That's a lot of dough... According to Media Mass, Princess Caroline of Monaco has an estimated net worth of over R800 million. She is the eldest child of Rainier III and Oscar-winning actress and princess, Grace Kelly. SA Olympic swimmer, Princess Charlene of Monaco is the wife of Albert II and is currently having zero financial woes. It has been estimated that she's worth over R1,5 billion. Princess Anne is well-known for her charity work in the UK and abroad. She has a net worth of over R300 million according to Richest Lifestyle. At 25, Princess Eugenie of York is 7th in line to the throne. She is the second child and younger daughter of Prince Andrew, Duke of York and Sarah, Duchess of York. Rich Lifestyle reports that she is worth R24 million. Princess Beatrice of York, remember she who wore that hideous headdress to Kate and Wills' wedding? Well, she is now only 26 and is worth a staggering R60 million. Yes, so there's that. 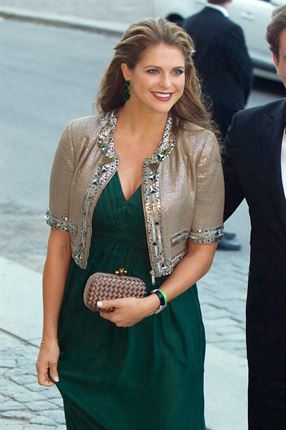 Princess Madeleine of Sweden is 4th in line to the throne and is worth R 120 million says Celebrity Net Worth. All images: Getty/ Captions: Marisa Crous

Royals who have more money than most small countries.

In 2000 she married Prince Maximillius, a European business manager and member of the Liechtensteiner Princely family according to Madamenoire.

Their net worth is about R24 billion. She is one of the highest ranked black members of a reigning European dynasty.

While everyone is losing their collective minds over Prince Harry's engagement to Meghan Markle, let's not forget Princess Angela of Liechtenstein, the first black princess in a reigning European monarchy, here at her 2000 wedding to Prince Maximilian #princessangela #blackroyalty #melanininthemonarchy