YOU'RE READING Do you have Financial FOMO?

Do you have Financial FOMO? 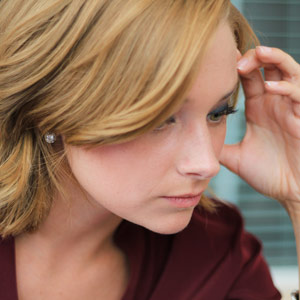 "Fear of Missing Out" might affect your finances.
By now you must have heard of the latest psychological “condition” that’s doing the rounds: FOMO (Fear of Missing Out.) It’s defined as “The rise in fear of missing out on something more interesting or exciting than what an individual is currently doing."

But before you think “this will never happen to me”, be warned. Apparently this very real and serious condition affects more people than you may think. And, according to Henry van Deventer, Head of Business Development at acsis, the financial implications are often the worst.

“FOMO highlights how many consumers are actively guilty of impulsiveness.  Impulsive actions and habits can seriously affect consumers’ wallets and unfortunately the majority of South Africans are guilty of caving into this impulse without giving a second thought to the financial consequences of these actions,” says Van Deventer.

So, before you fall victim to Financial FOMO, remember the following:

It is easy to outspend your means and blow a budget in today’s society, with credit cards and unsecure loans readily available. Access to additional funds tempts consumers to purchase items and take part in costly activities, such as travel and socialising, while only having to worry about repayments at a later date.

The interest charged for credit card overdrafts is extremely high. And, if an overdraft isn’t paid off within the first month after the purchase, the interest will quickly start escalating.  Soon consumers end up paying more than twice the original purchase price for the items purchased.

•    Save your money and reap the rewards

This compounding negative interest can quickly lead to a slippery slope into debt. Instead of running a credit card bill into an overdraft, place the money that would have been spent on credit into a savings vehicle and reap the benefits of positive compound interest.

In order to avoid the pitfall of credit cards, prior planning is crucial. Avoid the consequences of impulsive spending by paying all monthly expenses and outstanding bills at the beginning of the month. This will then give a clear indication of how much money is remaining to spend on luxuries and those last minute arrangements that you can’t miss out on.

•    Don’t spend all your remaining money

Just because it’s left over at the end of the month doesn’t mean you should spend it. Before spending an entire paycheck, always remember to allocate funds appropriately into the correct savings in order to ensure financial wellness,” concludes van Deventer.