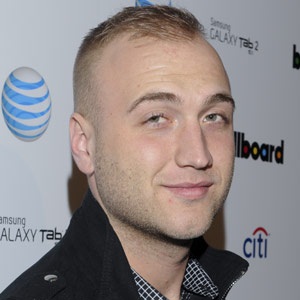 Nick Hogan, reality star and son of Hulk Hogan, has become the latest celebrity to have his privacy invaded by hackers.

Hundreds of Nick Hogan’s pictures were stolen recently, making him one of the very first male celebrities to be affected by a scandal which has targeted a number of female stars over the last two months, according to Buzzfeed.

The pictures of the nude women were Nick’s ex girlfriends from when he was a teenager. They could have been underage at the time, which means the hackers could be charged with distributing child pornography, if found.

Nick’s photo leak comes after several female celebrities including Kim Kardashian, Jennifer Lawrence, Rihanna, Emma Watson and Gabrielle Union, among others, had personal photos hacked from their iCloud accounts and shared on sites like reddit (with the main thread being dubbed ‘The Fappening’) and 4chan.

While many of these threads have been taken down after lawsuits were threatened, Google is now said to face a $100 million (that’s over R1.1 billion) lawsuit for failing to take down the pictures on various sites. High-powered Hollywood lawyer, Marty Singer, who represents many of the female stars, demanded that the pictures (which still show up in its search results and are hosted on YouTube) be removed immediately.

Google responded saying it had apparently closed “hundreds of accounts” within hours of the requests for the pictures to be taken down, according to the Hollywood Reporter. The FBI’s investigation is still ongoing, with Apple also conducting its own investigation and stepping up its verification system, reports The Independent.

There has been much outcry with regards to this scandal, but the pictures continue to be shared and this scandal mocked by many. There were people who felt that these female celebrities shouldn’t have taken the pictures at all if they didn’t want the world to see them. People completely ignored the fact that these pictures were shared without the consent of these celebrities.

So, with the latest victim being male, will this finally be taken seriously? Or will Nick Hogan just become another famous face who should have known better?

Tell us what you think in the comment section below.