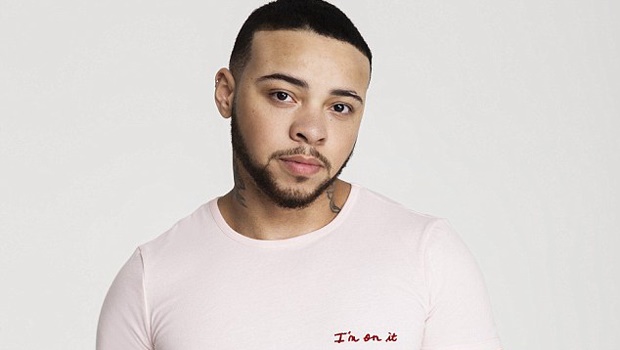 Image: Pink Parcel.
Kenny Jones, a model from London, is at the forefront of a campaign to end period stigma.

According to the Daily Mail, Kenny is now part of a groundbreaking new campaign called I'M ON by Pink Parcel which seeks to end stigma around menstruation. The campaign also features the likes of fashion designer Olivia Rubin and writer Dolly Alderton.

Kenny reveals he felt shame about still having a period when he was living as a man before he started taking hormone blockers. He also says it’s not an issue that many trans men talk about even though it’s a reality when transitioning from female to male.

In a statement on their website, Pink Parcel says: “…We’re designing a line of super-cool limited edition t-shirts and sweatshirts, emblazoned with period positive slogans in an effort to empower, educate and inspire people to talk openly and honestly about menstruation.

READ MORE: This one thing could make your period end faster

“The range is part of our latest campaign, I’M ON, which aims to turn the phrase on its head by empowering people to shout about their periods through their wardrobes.” Kenny told the Daily Mail: “It's a very strange stigma that we shouldn't talk about it and I think that's a bad thing. It should be put in a positive light and say it's OK to talk about things. It's just a natural part of who we are, a normal body function.”

But Kenny isn’t the first transgender man to be featured in an ad campaign about menstruation. Back in 2016, Thinx featured transgender model Sawyer DeVuyst in their campaign for absorbent and leak-resistant panties.

According to Women’s Health, in a video about the campaign, Sawyer says that he identified as a man for five years before he started taking hormones and that he was still getting his period during that time. Sawyer would wear multiple pairs of underwear to make sure that he didn’t leak or that anyone would know he was on his period.

Hopefully thanks to pioneers like Sawyer and Kenny we’ll be able to talk more openly about the stigma around not only menstruatio but what menstruation is like for trans men.