YOU'RE READING Zac Posen takes a graceful bow as he closes his namesake label: we take a look at the designer's memorable gowns

Zac Posen takes a graceful bow as he closes his namesake label: we take a look at the designer's memorable gowns We've been mourning a lot in fashion this year - from the passing of 85-year-old Karl Lagerfeld to Gloria Vanderbilt's death to Topshop shutting down over 20 stores globally.

One more visceral punch to the gut marked the beginning of November and the end of an era for New York-based designer Zac Posen, who announced the closure of his eponymous label on Friday.

Harper's Bazaar reports that the label's owners House of Z and Z Spoke, "revealed the company — which was founded in 2001 — had failed to secure investment and the company could no longer continue operations."

The article also shared what the 39-year-old designer said in a statement;

“The management team… worked extremely hard to navigate the increasingly challenging fashion and retail landscape. We are disappointed that these efforts have not been successful and deeply saddened that the journey of nearly 20 years has come to an end.

“I am grateful to the team who lent their incomparable talent and commitment along the way. I remain incredibly proud of what we created and hopeful for the future.”

I want to express my appreciation to our extraordinary team and for all those who have stood by me and the brand. I owe a great deal of gratitude for their unwavering support for and dedication to the Company. I am grateful to the team who lent their incomparable talent and commitment along the way. I remain incredibly proud of what we created and hopeful for the future. Love ZP

Vogue also reported that "The House of Z, Posen’s company had been in the midst of a sale process," further stating that Posen then "notified his staff of about 60, including the artisans who worked in his atelier, one of the few remaining ateliers in New York City, that they were out of jobs on [Friday morning]."

The darling of the red carpet told the fashion bible in an exclusive interview that time ran out to pair himself up with a suitable partner that would help keep the label afloat, attributing these challenges to the "difficult climate out there.”

READ MORE: After Topshop shut down all its U.S. and SA stores, the Stuttafords shutdown and the demise of the Platinum Group, Forever 21 is now filing for bankruptcy

Every designer has their muse (even red carpet bestie) and a friendship of Mr Posen's that stood out has always been the one he has with Rihanna.

I never saw this ?? before! @badgalriri ? You can straighten my bow tie anytime!??What friends are for??♥???! #therihannabook

It's therefore fitting that we saunter down memory lane and appreciate the creations he put the award-winning artists in as well as other stars he added some sparkle to. Zac has been dressing Rihanna for red carpet appearances throughout her career and hence, his contribution to her ascendance to style icon status cannot be erased. The designer dressed the Fenty founder for her first Annual Diamond Ball in 2014 in one of his signature mermaid gowns. Bad Gal Riri even appeared in the 2018 blockbuster Oceans 8 in a Zac Posen gown, making for one of the most notable stills to come from the movie.

Which way to the Gala? Katie Holmes in a Zac number at the 'Rei Kawakubo/Comme des Garcons: Art Of The In-Between' Met gala, 2017. Orange is the New Black star, Laverne Cox, dazzles in... well, black at the 2019 Emmy Awards. “Zac Posen is not only the ‘king of the gown,’ he is special because he understands me, makes me feel comfortable and radiant and is always making me laugh,” Harlow tells PEOPLE about the designer. “I am very inspired by everything he represents.” Thank you @winnieharlow ????????????

FeiFei Sun and Zac Posen at the 2019 CFDA Fashion Awards. We love you, Zac! xoxo 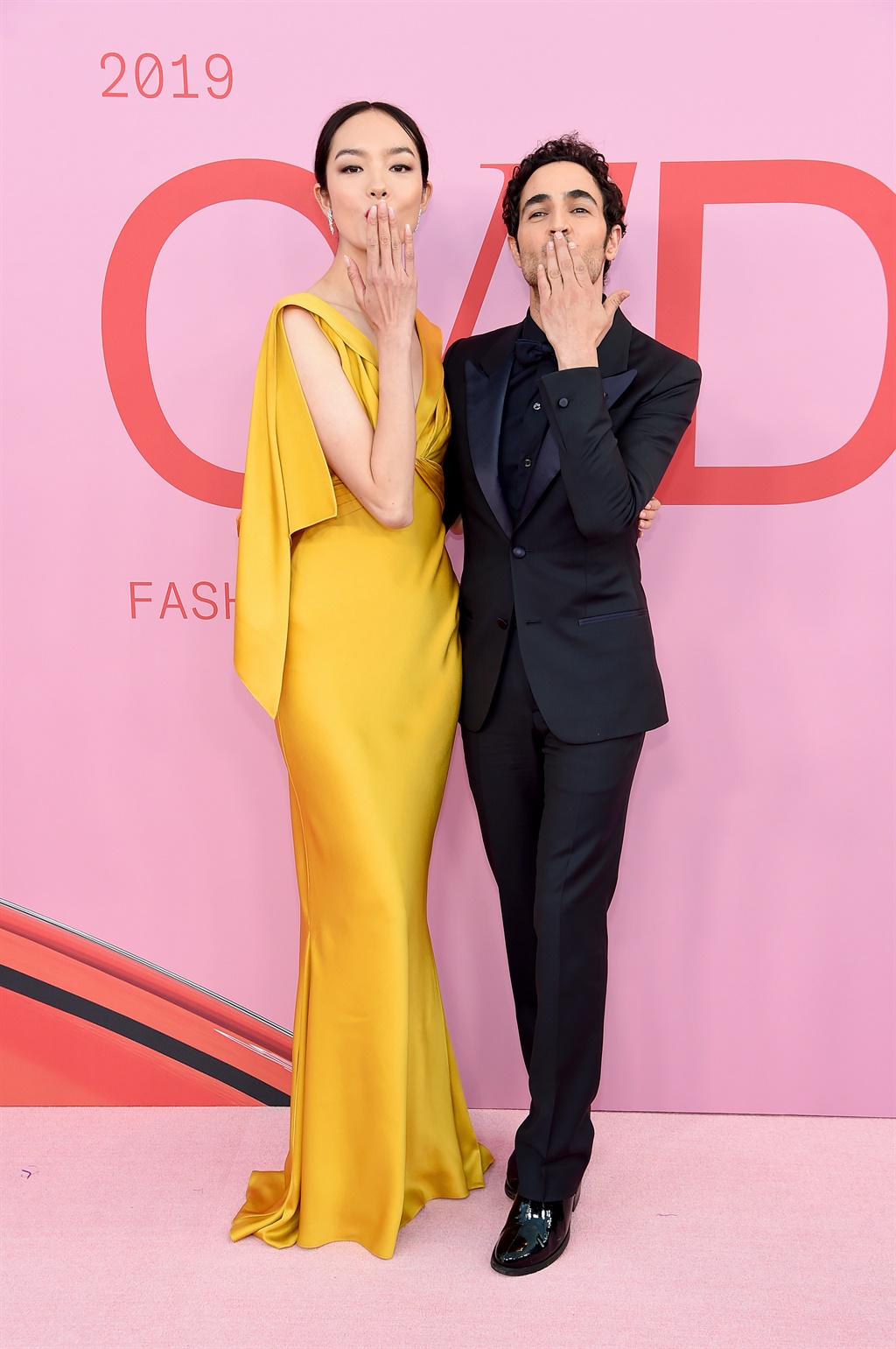