Ways to deal with a controlling mother-in-law 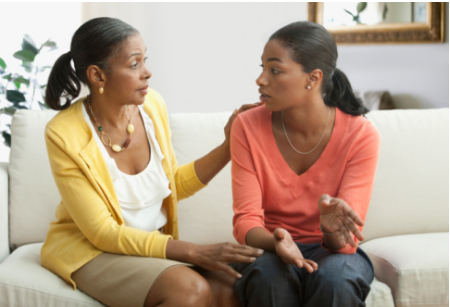 5 ways to deal with his mother in the right manner. Establish your boundaries so that when his mother tries to interfere in your relationship, your life wouldn’t be hell. Set rules on how to respond to his mother when she’s rude to you. If you having a conversation and she goes overboard don’t stoop to her level, just excuse yourself from the conversation to avoid drama.

Understand where she’s coming from

Before you can be understood you need to understand. Try to put yourself in her shoes; ask yourself why she feels that way. She may see you as a potential threat for her son’s affection, or maybe she went through the same headache with her mother-in-law. What you need to do in this kind of situation is to show her how she’s irreplaceable in his life even now that he’s with you.

You may be tempted to just let your partner’s controlling mother have her way, and run your relationship as she wants just to keep the peace, but doing so can make things even worse. If ever you do have a confrontation with her, be sure to assert yourself and let your voice be heard; just don’t overdo it because you may give the impression that you’re the rude one.

Focus on your relationship

After all, the person you’ll spend the rest of your life with is your partner so put your focus on him, though your relationship with his mother is also important. He can even try to make his mother see that too.

Talk to your partner

If you feel his mother is going overboard like she’s the third person in your relationship talk to your partner about it he knows his mother more than you do. Reality is, she might be doing that intentionally to annoy you or make you feel left out. Be open to your partner and let him deal with her.