YOU'RE READING Renovation: A new look for granny's kitchen There’s no reason why a 100-year-old space should be dated and drab.

When Inge Bauermeister first laid eyes on the old farmhouse that once belonged to hubby Vlok’s late grandmother Gwen Malherbe, all she could think about was the hard work that lay ahead. But when she realised how much potential the place had – the couple have been living there since April 2017 – she was soon filled with inspiration.

“It was originally an old barn and although we’re not sure how old it is, we know that the main homestead on the farm was built in 1824,” she says. The cottage, as they refer to the old barn, underwent a few renovations, including a kitchen revamp, about 20 years ago. “But that kitchen had little more than a sink cabinet and one freestanding cupboard,” recalls Inge. “Ouma didn’t cook, so the space was never fully utilised. The low wall between the kitchen and living area with the counter on top also bothered me because I prefer an open-plan space.”

"This is our fourth house, so by now we know what we like in a kitchen and what works and what doesn’t!" – Inge

Inge and Vlok love socialising in a kitchen, so they wanted to create a homely atmosphere in their own space. With her newfound inspiration, Inge spent many an evening sketching plans until she had the perfect layout. Jaco la Grange of La Grange Woodworks then helped her to make her vision a reality. The ball-and-claw table with its legs painted in Harlequin’s Chalk Paint in the colour Oxford creates an old world twist in this contemporary space; Inge is still deciding whether to paint the ceiling white.
Table runner and tea towel from Makietie Start comparing the prices of all the items you’ll need as soon as possible then buy them yourself to save money, says Inge. 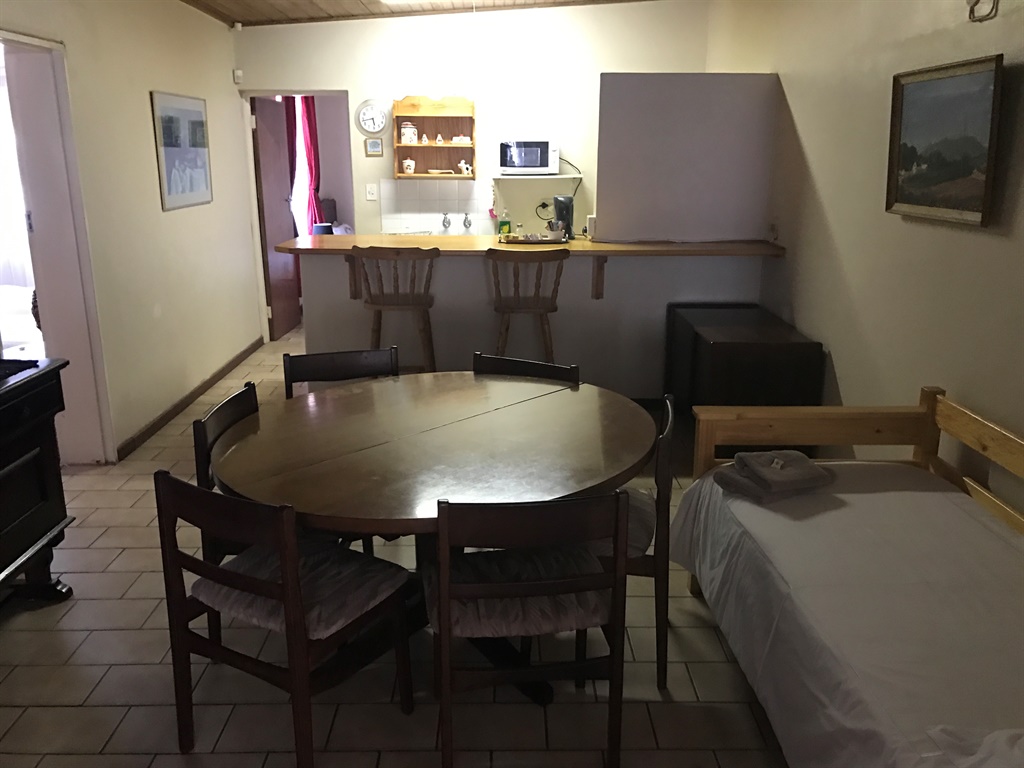